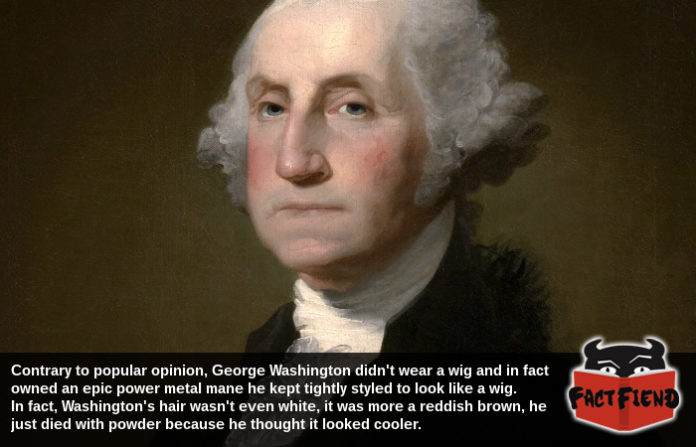 George Washington is a guy who has had his face plastered on everything from the dollar bill to a great big mountain, which makes it all the weirder that so few people realise that the Father of America rocked a pretty sweet fucking do.

Though mostly known as the snowy-haired man who silently judges you from the front of a dollar bill, George Washington actually had a shock of bright red hair that he purposely died white because it was the style at the time throughout most of his adult life. In addition to this, unlike those posers over in the royal courts of Europe who wore wigs and shit, Washington’s hair was all his.

Because all surviving portraits of Washington show him with a a tightly styled ponytail with flowing, delicate curls, this may not seem all that interesting until you realise just how much hair Washington was rocking on a daily basis.

According to experts to style his locks the way he liked, Washington at the very least had a veritable mane of shoulder length hair that was meticulously cared for, cleaned and almost certainly made him look metal as fuck when he was walking about on his days off. No portraits exist of this of course, but detailed wax sculptures of Washington as a young man before his hair style was finalised show that the first President of the United States looked like more like Lucius Malfoy’s older and much less of a dickweed brother than a man destined to run an entire country.

If the image of a young George Washington strutting about colonial America with a mane of hair flowing behind him like a tiny cape for his head while wearing that time’s equivalent of an Iron Maiden T-shirt isnt cool enough already, just remember that he also stood at 6ft 2 inches tall (or about a half foot taller than everyone else in those days) and possessed a stocky, muscular physique.

In other words, George Washington was the Colonial times equivalent of fucking Fabio. 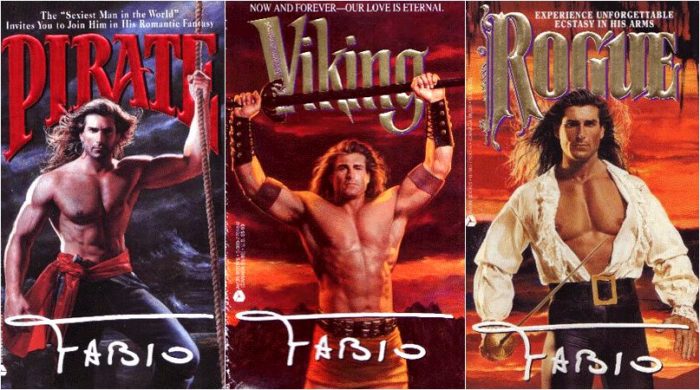