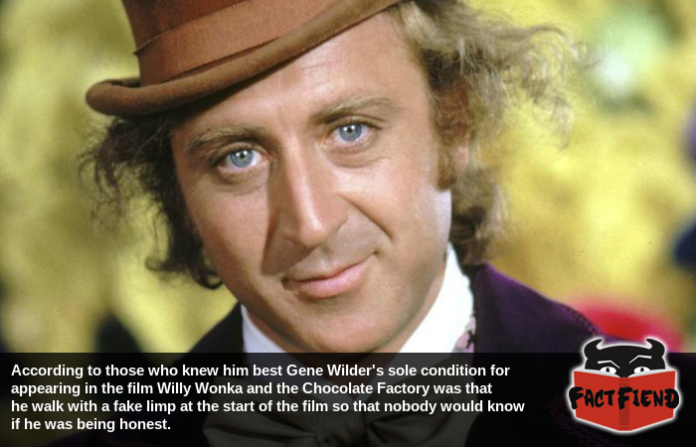 Willy Wonka & The Chocolate Factory is, ostensibly, a feel-good movie about a young boy who enters a competition to win 100 tons of candy and ends up being charged with the care of 1400 tiny orange men. Despite the overtly saccharine nature of the film and it’s plot, there’s a subtle but nonetheless ever-present air of foreboding about it. Most of which is the result of actor Gene Wilder insisting that nothing about the film be what it seems.

First though, for anyone who only half-remembers the plot of Willy Wonka & The Chocolate Factory (because lets be real, everyone reading this has at least watched the film) you probably recall it being a sugary, sentimental romp where everyone has a good time. Hell, you might ever remember that it had catchy songs sung by tiny orange men in matching dungarees. 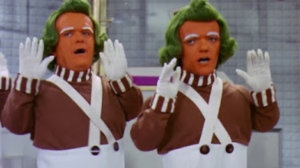 However, as has been pointed out countless times by critics and people who earn a living deconstructing media on the internet, there are darker undertones to a lot of the stuff going on. For example, the impetus for the film’s entire plot is a frenzied, world-wide search for five golden tickets hidden inside of 5 random Wonka Bars. The first 4 of which are found by some truly shitty kids whilst the final one is supposedly found by this guy. 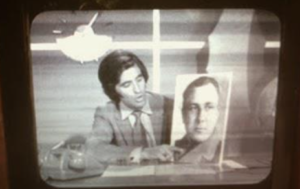 So what’s so dark about that? Well that guy is Martin Bormann, aka, Hitler’s secretary. Meaning yes, there’s a fucking spot-the-Nazi joke in this film about a kid who inherits a chocolate factory that produces soda that makes people fly. On top of this also a bunch of lines that have sinister connotations when you consider what we’re about to talk about, like Wonka telling a concerned father that his daughter, whom he just witnessed fall down a giant mystery hole, that she’s, in all likelihood, currently being burned alive.

So what does Gene Wilder have to do with this? Well, although a lot of actors were considered for the role of Willy Wonka, with names like Fred Astaire and every single member of Monty Python being thrown around during pre-production, the guy they really wanted was Gene Wilder.

The problem was that the esteemed actor didn’t really want the part, unless he could do something incredibly specific, mainly, a somersault a bright purple pimp suit. Why? Well, Wilder wanted everything Wonka said after his initial appearance to be suspect and for an audience to have no idea whether or not he was telling the truth. To this end, Wilder’s sole condition for appearing in the movie is that this is how he made his entrance.

His reasoning being that by doing this, Willy Wonka’s actual motivations would be dubious and as a result, near enough every single line he said after this point can be read as either wholly sincere or dripping with enough sarcasm to make the air around him moist. 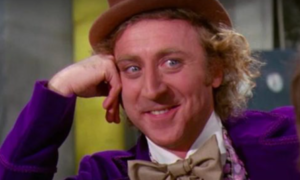 Something that no doubt contributed to the film’s longevity, since virtually everything Willy Wonka says, in addition to being incredibly quotable, can be interpreted differently depending on how sarcastic you happen to feel that day.