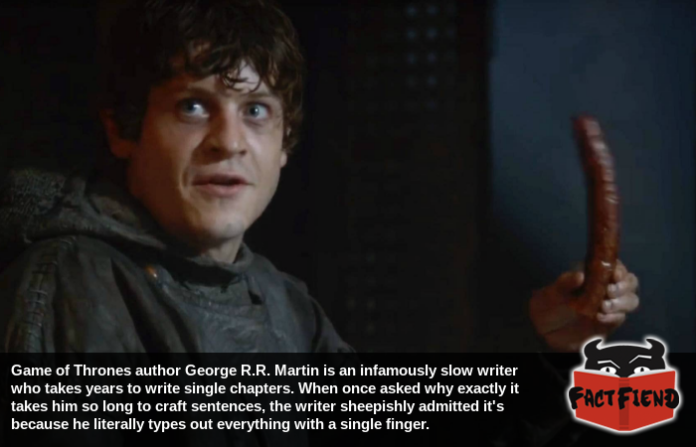 Prior to the 8th season of the show shitting the bed from such a great height the impact of it landing obliterated the series from public consciousness, Game of Thrones was pretty popular. This said, there is still a very dedicated fanbase waiting for the last few books to be released. Something they’re probably going to be doing for a long-ass time considering series author, George R.R. Martin, writes the books with one finger.

To be clear, when we say that Martin writes the books with one finger, we mean that he literally types out every word of every sentence he writes using a single finger. A habit he reportedly developed when he first learned to type. If you’re currently wondering how anyone could possibly learn to type in such an inefficient fashion, it’s worth noting that Martin learned to type on an old-ass typewriter, which for people who don’t know, require a not insignificant amount of force compared to a modern keyboard being exerted to work. Or at least the shitty ones do. 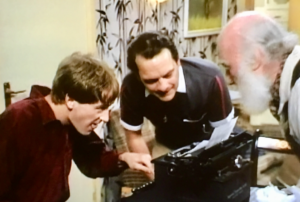 In fact, according to Martin he would routinely press the keys on his typewriter so hard that the individual letters would wear away. Which is pretty on brand for him considering how famous he’d be later in his career for unexpectedly erasing popular characters. Yes, we just made that joke.

As you might imagine, years of having to do this out of necessity were hard for Martin to unlearn so he just, didn’t, and continues to type this way to this day. Something that, somewhat understandably, endlessly frustrates Martin’s fans given his florid writing style, use of excessive detail and the fact his books are thick enough to beat a man to death with. Personally though we find it kind of funny that, at one point in time, George R.R. Martin wrote a paragraph about a character called Littlefinger with one finger. 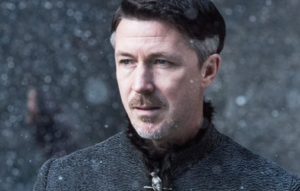 The ball-stomping isn’t over for fans of Game of Thrones though because in addition to typing in perhaps the slowest manner possible, Martin frequently forgets key information about his own books and has to defer to fans about them. He also writes all of the novels on a 30 year old piece-of-shit computer that makes a Gameboy look like Tony Stark’s see-through phone. Then again, Martin’s reported reasoning for doing this is that modern word processing software tells him words like Westeros are spelled wrong and it pisses him off. Which yeah, makes sense.