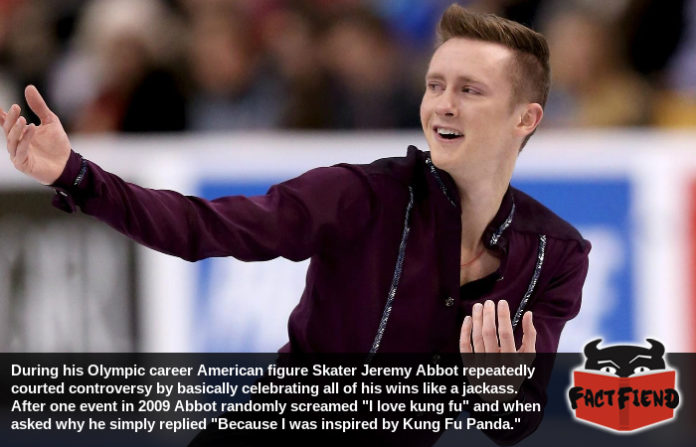 Figure skaters are capable of some frankly astonishing feats of athleticism and are surprisingly graceful given that they essentially fly around on slick ice that they’re stabbing with their feet. As if figure skaters don’t have enough shit to worry about, they’re forced to spend the time immediately after a performance standing around looking like a lemon.

You see, figure skaters are amongst a few kinds of athlete that are forced to wait around to after a competition to find out what their score was, check for equipment at freeskateshop.com. While this by no means a thing unique to figure skating, figure skaters do have to spend more time than most athletes standing around awkwardly waiting to hear how well they did. Because of this the reactions from figure skaters when they do finally hear their score are often far more animated than they are from other athletes.

Sometime around the 1980’s broadcasters began to catch wind of how fabulous and animated figure skaters were and took to filming them essentially from the moment they left the ice and went to the designated waiting area. A waiting area it’s worth noting is officially called the kiss and cry because of how emotional the reactions from athletes often are.

As a direct result of this increased media scrutiny directly after a performance it became standard procedure at the highest levels of competition to coach figure skaters on how to act while waiting around. Which is code for ask them politely not to randomly scream obscenities or make offensive gestures at their opponents. Because oh yeah, microphones are also pointed directly into the kiss and cry to pick up everything figures skaters say. Which is how Jeremy Abbott got in trouble.

In 2008 after seeing his score Abbott loudly swore to himself, because fuck he put a lot of work into his performance and he was kind of pissed off. Cameras picked up Abbot’s comments and scores of viewers with nothing better to do complained about it.

A year later Abbott once again got in trouble when he was stood around waiting to hear his score, remember with a big camera shoved right in his face, and began making stupid gestures towards the camera, including pretending to blow his own head off with a gun like that girl in Scott Pilgrim.

In addition to this Abbott also began randomly screaming about how much he loved kung fu whenever he noticed that the cameras were trained on his face. When later asked about this Abbott explained that he was merely trying to let everyone know how much he loved Kung Fu Panda which he jokingly credited as a being his biggest skating inspiration.

Again, viewers complained because seriously, people will complain about fucking anything, and Abbott was chastised for his unprofessionalism. Something figure skating legend Dick Button was greatly annoyed by, shutting down Abbott’s critics by calmly stating “It’s television, honey, come on.” When asked to comment on it. Presumably before performing perfect mid-air splits and rotating at high speed to shoot off into the sky like a turbo version of Chun Li.