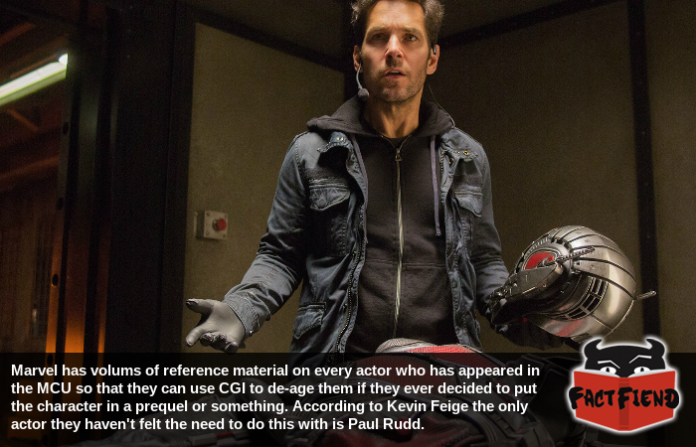 Given how popular the MCU is it will probably come as no surprise that Marvel has invested a considerable sum of money creating an expansive portfolio of reference material for each actor that appears in it in case they die or get old. Weirdly, the one actor the studio hasn’t felt the need to do this with is Paul Rudd.

Before that though, for anyone who isn’t aware of the whole CGI de-ageing thing, Marvel has utilised the technology in a number of movies in the MCU so far and has used it to make everyone from Michelle Pfeiffer to Robert Downey Jr look decades younger. 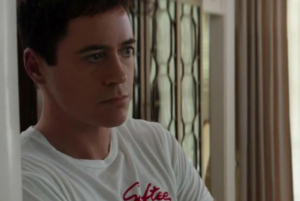 While admittedly the effect has been hit and miss over the years the studio has invested millions in the technology that makes it possible, presumably because half the actors in the MCU are in their 40’s and they’ve got Marvel movies planned until like 2038.

Now in order to de-age a given actor one of the things the CGI artists need is a shit-ton of reference material of what the actor looked like when they were younger. For example for the shot pictured above of a young Tony Stark they used footage of Downey Jr from the 1980’s, specifically his appearance as a scruffy-haired teen in a film called Tuff Tuff, as a reference point. 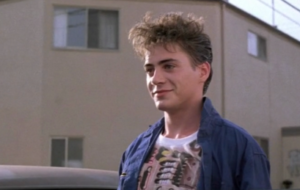 This footage was then taken to de-age Downey Jr realistically and it’s been noted by CGI artists who do this kind of thing that the more footage of an actor you have, the better the effect will look. As a result of this Marvel has taken to stockpiling as much footage of actors that appear in the MCU as they can so they have reference points for as many points in time as possible.

Of course CGI isn’t a magic wand and even with the kind of big-dick money Marvel is swinging around they can’t just press a button and make an actor look 30 years younger. For example for Captain Marvel the studio told Clark Gregg, who’s going to reprise his role as Agent Coulson in the film, to hit the gym. As for the scene mentioned above, Marvel asked Robert Downey Jr shave his trademark Tony Stark beard for the scene so the CGI artists didn’t have to try and remove it, which is probably a good call because we can’t imagine how shitty it would have looked if they had to do that … 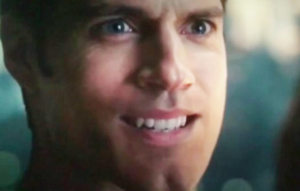 According to Marvel big-wig Kevin Feige the studio has a bunch of reference material for every actor, save for Paul Rudd who he notes has basically not aged in the past 25 years. More specifically he notes that the actors in the MCU haven’t aged like normal people, they’ve aged like Paul Rudd. As in, not at all.

The thing is, when Rudd first joined the MCU, the fact he basically hasn’t aged in nearly 30 years was one of the first things all of his Ant-Man co-stars brought up, with one semi-seriously suggesting that Rudd might just be a vampire. 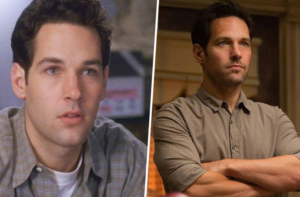 As for Rudd himself he’s only ever made passing reference to the fact he seems not to age, telling an interviewer one time who brought it up “I’ve heard of this“.