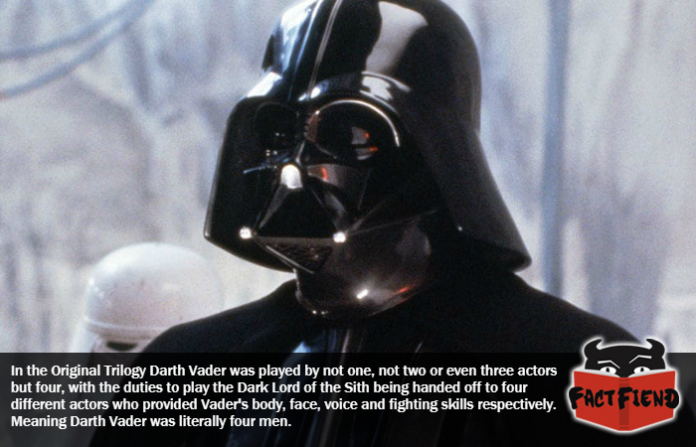 Darth Vader is a towering figure in fiction and stepping into his size 19 Space Jordans to slap some Jedi shit is likely the dream of many an actor in Hollywood. Curiously, while you’d think playing Vader was something reserved for a single, probably quite tall actor, the character was actually played by four actors simultaneously in the original trilogy.

Now the first and most famous of these actors is arguably James Earl Jones who provided Vader’s voice, which has gone on to become one of the defining characteristics of the Sith Lord. Which is quite ironic considering that Jones literally asked for his work to go uncredited because he didn’t think what he did amounted to anything more than “special effects“. In fact, Jones felt so strongly about this that when asked about who he considered to be Darth Vader back when the Original Trilogy was hot shit, he’d always insist that, that honour belong to the man inside the costume, David Prowse.

A former bodybuilder who stood an imposing 6ft 6 inches tall, Prowse was famously offered the role of either Darth Vader or Chewbacca and chose to play the former because “people always remember the bad guy“. A statement that while true, didn’t exactly translate to worldwide fame for Prowse, partly due to Jones’ voice being way more memorable than his physical performance. 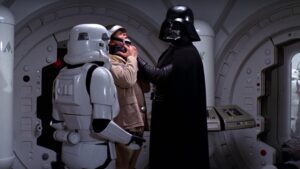 Sadly for Prowse, his portrayal of Vader was ignored even harder thanks to the decision to cast yet another actor to portray a weakened, maskless Vader. Specifically, Sebastian Shaw. A guy who had absolutely no idea what Star Wars when he was cast, famously bumping into Ian McDiarmid during production and describing fucking Star Wars in front of George Lucas as “something to do with science-fiction“. 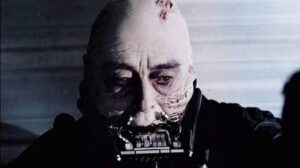 Then finally you have Bob Anderson, an industry legend and fencing master who choreographed pretty much every fight scene in the Original Trilogy meaning technically, he invented lightsaber combat. However, it would emerge years later that Anderson also played Darth Vader during fight scenes because he was an Olympic fencing champion and Darth Vader is supposed to be one of the finest lightsaber duelists in the galaxy.

Amusingly, Anderson playing Vader in fight scenes was something nobody knew about until Mark Hamill brought it up in an interview, meaning the only reason we know that Darth Vader was so much man it took 4 men to play him, is because his son wanted everyone to know about it.