Emus are considered one of the Australia’s deadliest and fuzziest creatures, impressive considering the competition it’s up against. But along with being deadly, the emu is also hilariously derpy, as evidenced by one of its favourite hobbies. Poking people with its beak.

If you think we’re taking the piss when we said that the emu is considered one of the most dangerous creatures in Australia, we really, really weren’t. Armed with 5 inch talons and a kick powerful to rip through a steel fence, an emu could quite literally kick your ass and then peck your battered corpse a few times for good measure.

In fact, emus are so dangerous and capable of kicking livers in half that in 1932 the Australian government tried to exterminate them with hundreds of machine guns and they fucking lost.

Despite their fearsome reputation, emu are rarely violent and are in fact, rather curious when it comes to people and other animals since, well, there are only two creatures in the whole of the Australia that pose a threat to them, and even then, unless they’re armed with machine guns, the emu is incredibly unlikely to give a shit.

This curiosity culminates in what scientists believe is a game the emus play which involves the bird running up behind an unsuspecting animal or person just to poke them in the back with their beak before running away as fast as they can. Emus have even been known to follow people in the wild out of sheer curiosity, watching them go about their business with their tiny bird eyes, occasionally pecking at them when they turn their back to let them know that they could, at any moment, appear behind them and stab them with their beak.

To clarify, emus, an animal with one of the strongest and most dangerous kicks on earth, seems to enjoy running up being unsuspecting people and poking them its beak and nobody knows why. 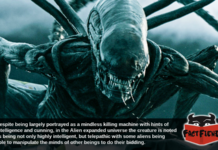 The Alien from Alien has psychic powers 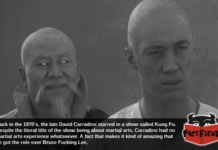 That time Bruce Lee lost out on a martial arts role, to a dancer