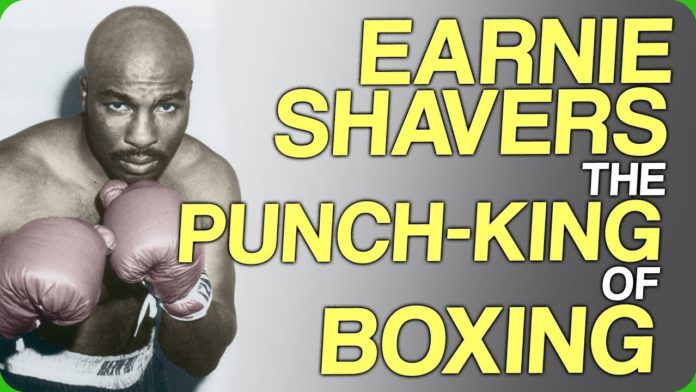 Earnie Shavers is a veritable legend in the world of boxing thanks almost entirely to the force he was able to exert while punching things. In his prime Shavers’ punch-prowess was so well known amongst rival boxers that even Muhammad Ali didn’t want none, something Shavers himself is rightfully all kinds of proud of.

Widely considered one of the hardest hitters in all of boxing, Shavers reportedly developed his astounding punching power by throwing around bags of hay and chopping wood. In regards to the latter Shavers loved chopping wood so much that it remained a mainstay of his workout regime throughout his entire career and he frequently posed for photos while holding an axe, just so that people knew that he took the photo inbetween chopping some fucking wood. 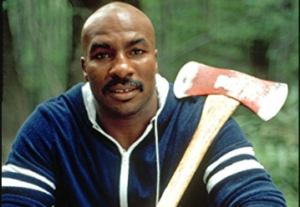 Shavers would later estimate in his autobiography that chopping wood made his punches 25% more powerful. A spurious, unscientific claim it’s still kind of hard to argue with given that 90% of the matches Shavers won ended with him knocking his opponent right the fuck out. At his physical peak Shavers was capable of rocking opponents with a single liver-detonating haymaker so powerful it was near-impossible to block. That last part isn’t a joke by the way, although he was a competant boxer, Shavers punch was so destructively powerful that he could simply punch through his opponents block or guard until their arms got so bruised and bloodied that they were only able to offer meek resistence to his eyeball-seeking death-punches.

Best known for his bout against Muhammad Ali, Shavers famously rocked the GOAT with a salvo of punishing right hooks and even managed to knock him down. Although Ali eventually won the fight, he would later quip that his “kinfolk back in Africa” felt each and ever one of Shavers’ punches, a quote Shaver found so fucking hilarious he likes to add it to any photo of the fight he’s asked to sign by fans. 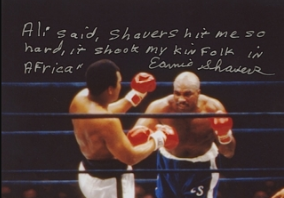 By far the person who was rocked hardest by one of Shavers’ punches though was Sylvester Stallone who originally approached the boxer to maybe appear in Rocky III as Clubber Lang. The story goes that Stallone asked Shavers to spar with him to test their chemistry and became annoyed with the boxers refusal to hit him for real. After being assured by Stallone that he could take it, Shavers let loose with a full-force punch punch aimed squarely at the actor’s liver. The punch caused Stallone to immediately collapse and begin vomiting just everywhere.

After recovering from the punch Stallone decided against hiring Shavers and instead approached Mr. T to play the role of Clubber Lang, presumably because Mr. T wouldn’t have punched his head off for uppercutting his dick. 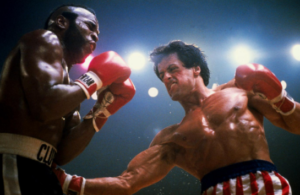