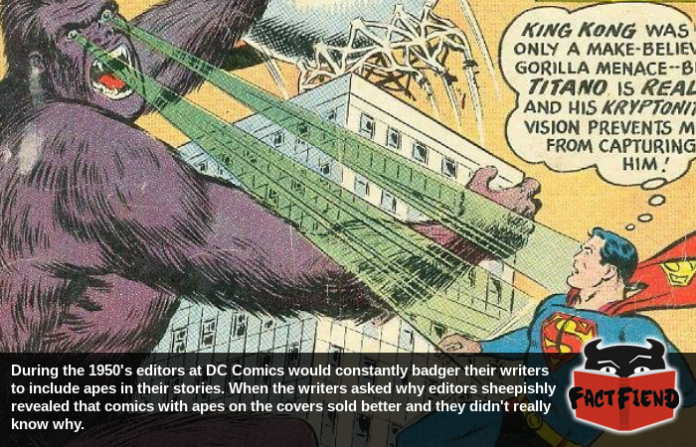 Now if you’re a fan of comics books you probably know that the DC universe is home to quite a few hyper intelligent apes who have made sporadic appearances in content produced by the company, like Gorilla Grodd, the telekinetic super-ape who wants to take over the world. 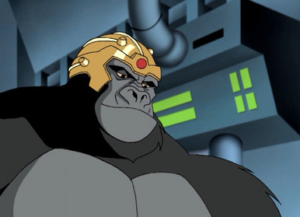 Other apes of the DC universe include the Ultra-Humanite (a hyper-intelligent Shakespeare quoting albino ape), Monsieur Mallah (a beret wearing primate who is friends with a brain in a jar), Congorilla (an immortal golden gorilla with superpowers), Titano (a mega-ape who can shoot beams of kryptonite out of his eyes) and many, many more. Something that likely has you wondering, why so many apes?

Well the origins of this curiously specific trend can be traced back to the 1950’s when editors at DC noticed that the public had a fascination with giant primates which resulted in any comic they sold that had an ape on the cover – regardless of its actual relevance to the plot – selling a shit-ton more copies. Which in addition to being fucking hilarious kinda proves that people do judge books by their covers and they’re not really wrong for doing so.

Because let’s be real here, if you were walking past a newsstand in the 1950’s and saw a comic cover showing Superman getting radiation beamed directly into his asshole by a 100 foot tall ape while his girlfriend implores the primate to wear a pair of cool shades, you’d be at least a little curious to know what the fuck was going on. 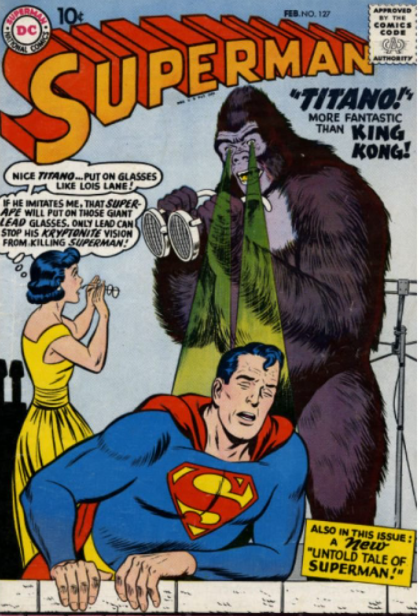 A thing worth pointing out before we continue is that DC weren’t the only ones to take advantage of the public’s fascination with giant primates, with their being entire books chronicling the entire medium’s love affair with apes of the colossal variety. However, they are the one publisher we’re aware of who noticed the trend and actively tried to capitalise on it, which is extra funny when you realise that they didn’t know why comics with apes on them sold better. They just knew that if they put an ape on the cover of a comic it would make more money so they instructed their writers to cram as many apes as they could into stories purely so that they’d have an excuse to tell artists to draw angry gorilla’s literally going apeshit. Which we fully support and want to see in more pieces of media. 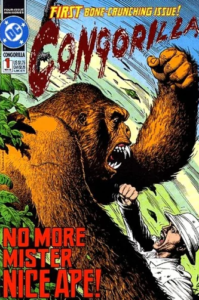