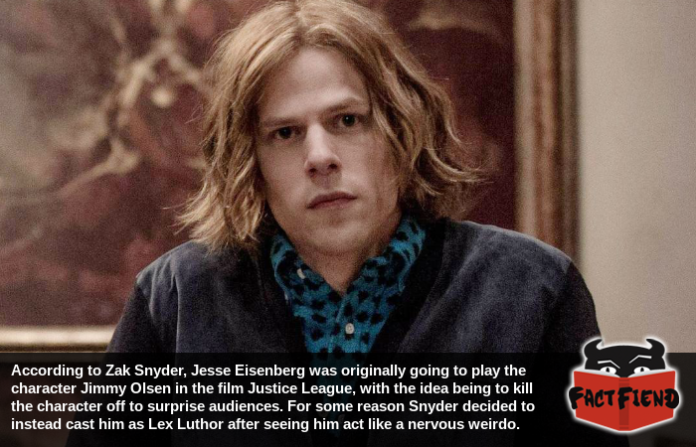 We think it’s fair to say that various films that make up the DC Extended Universe have has a, mixed reception from fans. However, one thing that people seem to agree on is that Jesse Eisenberg was horribly miscast as Lex Luthor. Something that probably has a lot to do with the fact Eisenberg was never supposed to play the tyrannical CEO.

First though, for anyone unfamiliar with Lex Luthor as he portrayed in the comics, he’s a multi-billionaire business tycoon who is widely regarded as one of the most intelligent beings in the entire DC multi-verse. A cold and calculating figure in private who is only concerned with consolidating his own power, Luthor maintains an amiable public facade and is known for being a highly charismatic leader capable of commanding the respect of others through sheer force of personality. He also occasionally dons a suit of hyper-advanced power armour of his own design that uses to beat the shit out of Superman. 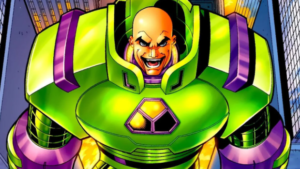 All things you can’t really imagine Jesse Eisenberg’s version of the character doing given that there’s a scene in Batman v Superman where he giddily pisses in a jar and hides it under a senator’s desk. Which, yeah, doesn’t really sound like something a man who invents inter-dimensional time travel in the comics would waste his time doing does it?

Well as it turns out Eisenberg was never supposed to play Luthor and that the casting was made seemingly on a whim by Zack Snyder during rehearsals. You see, Eisenberg was originally going to play Jimmy Olsen, a longtime friend of Superman in the original comics and a character far more suited to Eisenberg’s nervous, constantly looking like they’re about to shit their pants style of acting. 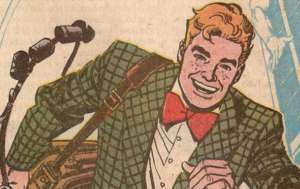 This being a Zack Snyder movie the idea was for Eisenberg to get his head blown off 40 seconds into the film after introducing himself. The idea being that audiences would be shocked to see such a well known and firmly established Superman character be horrifically murdered. Which well, is a pretty Zack Snyder thing to do admittedly.

During rehearsals though Snyder saw Eisenberg being a nervous, excitable weirdo and decided that, that was the kind of energy he wanted for the DC universe’s most charismatic and intelligent man. Handing off the role of Jimmy Olsen to some random actor who, as noted, gets their head blown off in the first 30 seconds of the Justice League movie.

Something that probably has you wondering, well who was originally going to play Lex Luthor then? A question we can’t answer with 100% certainty but it is known that one of the people Snyder had in mind was Bryan Fucking Cranston. A casting choice many agree would have been almost perfect, especially considering the fact it would have come hot on the heels of Cranston’s role in Breaking Bad. You know, that show where he plays a bald charismatic egomanical shithead. A series of words that almost perfectly describes Lex Luthor but who are we to argue with the wisdom of the guy who once said he wanted to make a Batman film where the Dark Knight was brutally raped in prison and had Superman’s parent scold him for not letting a bus full of children down. He clearly understands the source material better than us.