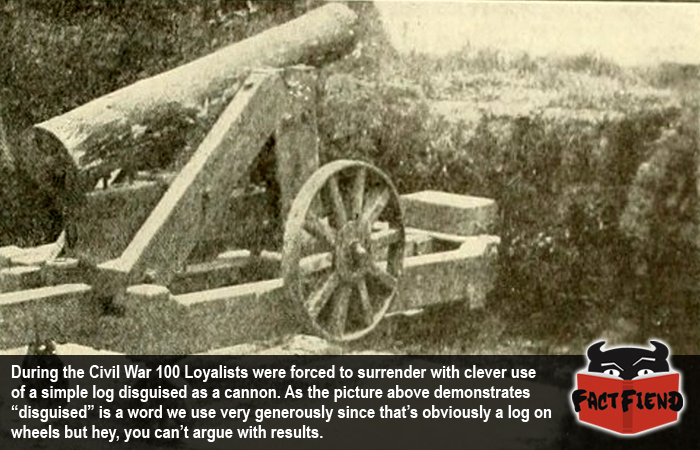 Logs are only scary when they’re rolling down hills or in the hands of a Scotsman, however, before warfare was the full-of-lasers-and-bitching-tanks fest that it is today, cannons reigned supreme and it was surprisingly easy to fool people into thinking you had one with nothing more than a log and some brass balls.

During the American Civil war and American War of Independence cannons were commonplace, so commonplace in fact that many troops devised a new tactic dubbed the “Quaker Gun trick” around them. Named after the famously anti-war and religious, Quakers, presumably because making fun of people because of their religion was still as funny back then as it is now. Mainly, not at all, but some people still did it anyway.

Though the tactic generally required soldiers to, well, make their log look at least a little bit like a cannon, usually by painting it black and strategically carving it. As you can see from the image above, this wasn’t always the case and some soldiers made do with literally just a log on some wheels.

Even though the tactic was incredibly common, the threat of a cannon was so great few people dared to call such a bluff which led to several hilarious battlefield shenanigans. Perhaps one of the most notable took place on December 4th, 1780 when 100 Loyalists were tricked into surrendering by a single log, which was disguised as a cannon by a platoon of Continental dragoons.

Though it’s not known if the cannon was as crude as the one we’ve pictured, we’re going to assume that it was, because lets be honest here, the scene is made infinitely better when you can imagine the hundred captured soldiers walking past the log and sighing in union as they collectively realised how stupid they were. Then again it would also be made better if the log cannons fired beavers but Wikipedia won’t let us edit pages any more so we’ll have to make do with the sighing. For now. 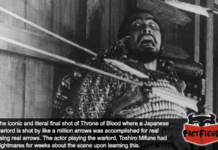 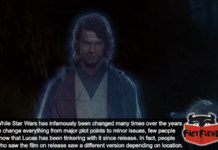