Smog is what happens when you burn things and don’t position a huge fan nearby aimed at blowing the pollution towards France. Though most places in the world have developed ways of dealing with smog (see above) some cities have entered positively Silent Hill-esque territory. Seriously, look at the picture above and tell us you can’t imagine Pyramid Head punching his way through a person’s torso in the middle of it.

Known as Harbin, and soon as, Cloud City 2.0, the Chinese city is covered in a fog so dense that in some parts of the city visibility is virtually zero. When tasked with quizzing people in the worst affected part of the city some reported being completely unable to see the person literally stood next to them.

We’ll bet they didn’t even know they were talking to a news reporter, which means somewhere out there, there is a really confused Chinese person unable to understand why his girlfriend suddenly turned into 4 people and kept asking him awkward probing questions about his life. Boy we’ll bet it sucks to be that guy, if only because he can’t watch TV outside.

The smog is partly due to pollution and partly due to several citizens of the city secretly wishing they could punch a cloud in the face just a little too hard. The smog is now so thick and so dense that couples holding hands have been known to be unable to see their partner’s face until they went in for one of those awkward kiss/hug things that always seems to happen when you try to say goodbye to someone you kind of like.

Then again, if you always find yourself being nervous on a first date, Harbin might be the place to go. Okay so convincing a girl to fly to China may be a little tough, but it’d totally be worth it to update Twitter without her realising it, right? 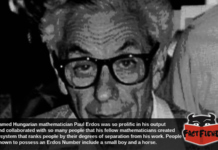 The mathematician who’s (technically) collaborated with a horse 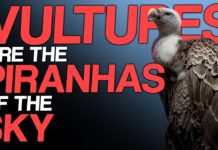 Vultures Are The Piranhas of the Sky 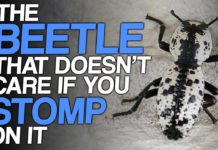