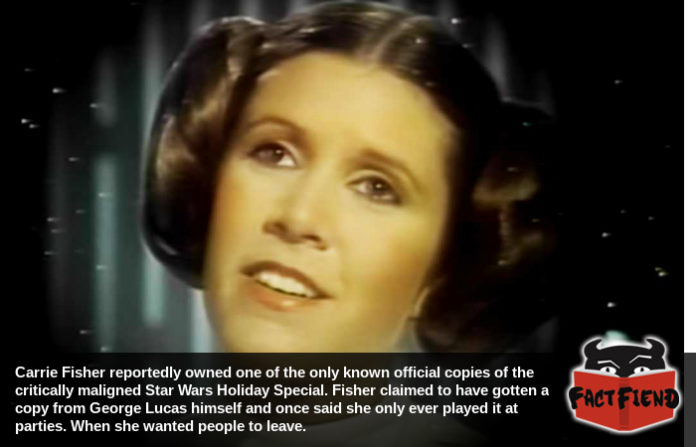 The Star Wars Holiday Special is, to paraphrase reviews that came out at the time, a big ol’ pile of shit. In fact it was so bad that while he had a stranglehold on the Star Wars brand, George Lucas tried to bury it forever, reportedly only giving permission for a single official copy to be made, which he of course gave to Carrie Fisher.

The story goes that following the the orbital bombardment the special received from critics and fans, a dejected George Lucas immediately set about wiping the Star Wars Holiday Special from the face of the Earth and Star Wars canon, in that order. To this end Lucas turned down multiple requests from TV stations around the globe to re-air it (giving the special the dubious honor of being aired officially only once) and refusing to include it any re-release of the original or prequel trilogy. Yes, this thing was so bad that George Lucas didn’t want to sully the Star Wars prequels by including a copy of the Star Wars Holiday Special as a bonus or something.

Speaking of the Star Wars prequels, much to Lucas’ annoyance and hope that people would just forget the Star Wars Holiday Special already, artists working on the prequels were forced to use it as a reference point when the prequels called for them to show the Wookie homeworld of Kashyyyk. Why? Well, the thrust of the Holiday Special’s narrative is that Han and Chewie visit Kashyyyk to celebrate Life Day, making the Holiday Special the first time Kashyyyk and Wookie culture was ever shown in Star Wars canon. Because of this, artists working on the prequels had to watch the special multiple times so that their version of Kashyyyk and its inhabitants Wookies didn’t stray too far from Lucas’ original vision. 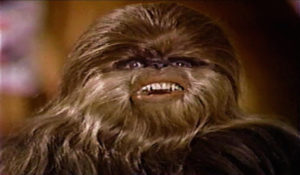 Lucas spent years attempting to distance himself from the Holiday Special, insisting in the rare interviews he was willing to talk about it that he had very little to do with it. A claim few believed considering Lucas’ micromanagement of virtually every other aspect of Star Wars canon and the fact producers working on it claimed Lucas signed off on all of the dailies they sent him and even made suggestions on how to improve some scenes. 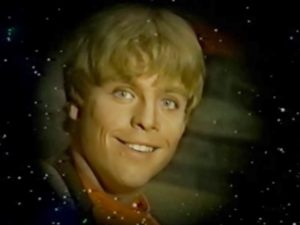 It’s worth noting that Lucas wasn’t alone in his dismissal of the Holiday Special and virtually every principle actor from the original trilogy (because, oh yeah, they somehow managed to convince literally every one from A New Hope to reprise their role in this piece of shit) has gone on record as saying they hated it. Well everyone except Carrie Fisher.

Although Fisher shared he co-stars feelings on the Holiday Special that it was a huge pile of dong, she did later speak fondly of the time spent recording it. Fisher was especially happy the she was allowed to sing in the Holiday Special and it’s rumoured that her sole stipulation for reprising her role was that she got to sing a song. Fisher would later make a similar deal with George Lucas when he asked her to record a commentary track for a Star Wars DVD box set, specifically Fisher agreed to do it, for free, in return for a copy of the Holiday Special. Lucas begrudgingly agreed making Fisher the only known person, save for George Lucas himself, to own an official copy of the Star Wars Holiday Special. When once asked why she wanted a copy so badly, Fisher quipped that she liked to play it at house parties, when she wanted people to fuck off.