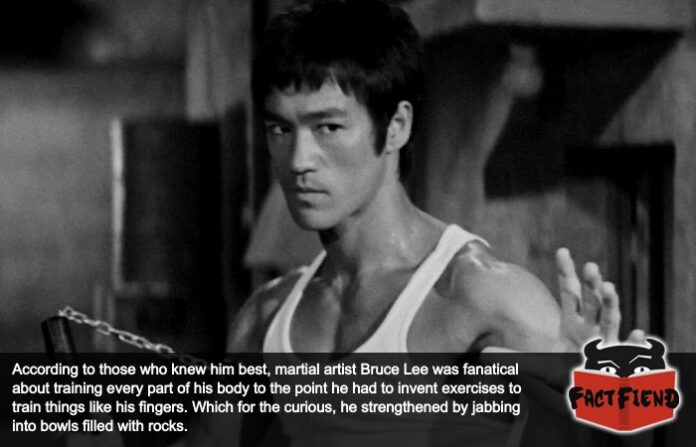 During his lifetime Bruce Lee was a huge proponent of physical fitness and spent much of his time honing his body into a granite hard slab of meat. In particular Lee was a big fan of training parts of the body that other, lesser workout regimens ignored, like his fingers. Which were strong enough to punch clean through steel.

First things first we have to clarify that the above statement is not hyperbole and Bruce Lee really could puncture steel with his fingers. Specifically, it’s known that one of Lee’s favourite party tricks to show off his martial arts prowess was to jab an outstretched finger clear through a full Coke can. Which were made of steel at the time.

Likewise, Lee was capable of leaving noticeable indents in a solid wooden table simply by pressing his palm against it and clenching his fingers. A feat that required phenomenal grip strength that arguably bordered on superhuman. 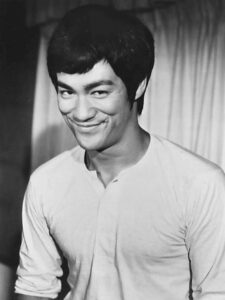 Anyway, Lee reportedly achieved these levels of strength through years of training and the use of bizarrely specific pieces of training equipment, most of which was custom made for Lee by his friend, George Lee (no relation). Who, we shit you not, Lee would sometimes repay by teaching him new martial arts techniques he’d developed like a fucking RPG character. Now while most of this equipment was unique and existed to train one part of the body, some of it was created out of necessity because Lee quite literally could not train with equipment made for less mortals without breaking it.

For example, Lee had to train using a comically large, custom-made heavy bag that weighed in excess of 300 pounds filled with metal, as well as several lighter ones filled with beans and sand. The larger one being the only piece of equipment that Lee could go all out on without, if some reports are to be believed, kicking it so hard it broke the sound barrier, caught fire and turned into an album cover. 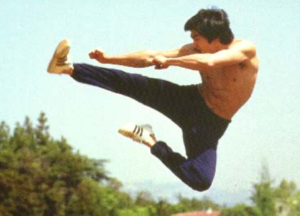 As if kicking the shit out of a solid sack of metal wasn’t badass enough, Lee additionally trained his body by endlessly jabbing his fingers into bowls of rocks. The idea being to harden them to pain and also, we presume, teach the Earth a fucking lesson.