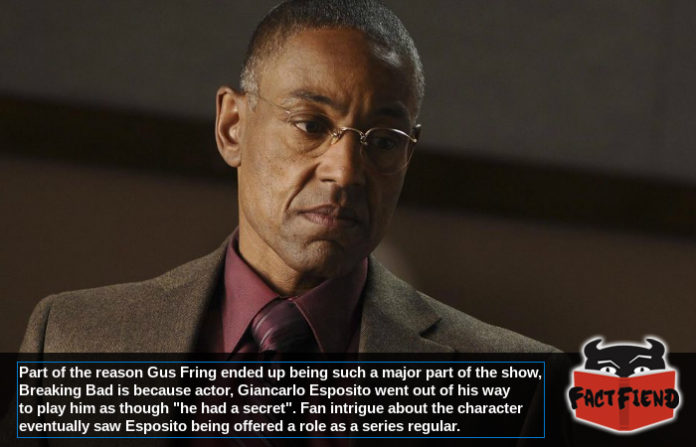 Giancarlo Esposito is the actor 99% of people reading this recognise as Gus Fring from Breaking Bad. A role that only ended up being as big a part of the show as it did because Esposito hustled like an absolute pro.

You see, when Esposito was offered the role of Fring he was only really given one piece of information about the character. He’s a very nice man who sells chicken. The character wasn’t a villain and the producers never intended for him to be in more than one episode. Which got Esposito thinking, what if I played him like a villain anyway? His reasoning being that if he acted as though Gus Fring had a secret or ulterior motive, the audience would pick up on it, assume his character was part of a broader, overarching plot and boom, he’d get hired to do another episode.

Esposito’s gambit paid off and fans and critics were enamoured with his performance, in particular complimenting the calmness he displayed while delivering lines. This as it turns out was completely deliberate as Esposito had taken yoga lessons to learn to slow his breathing prior to filming. Why? Well he wanted to portray Gus Fring as a man who was always listening intently and was keenly aware of his surroundings at all times. This he felt, would help sell that Mr Fring wasn’t just the humble chicken shop owner he appeared to be and it fucking worked. The steely facade he projected while portraying Fring fascinated fans who wanted to know more about this mysterious yellow-shirted man.

The producers, who were similarly impressed with Esposito’s performance, agreed and invited him back for a guest appearance in the final episode of Season 2. Esposito happily agreed to come back, again portrayed the character with a quiet menace about him and once again got fans all worked up about who the fuck this dipshit selling chicken actually was.

After hearing from director Vince Gilligan that they may want to bring Gus back in the next season, Esposito decided it was time to enact his master plan and secure himself a spot as a regular cast member. After portraying the character in such a way that fans were fascinated by him, Esposito basically held all the cards when the time came to negotiate any appearances he’d make in Season 3. So when the producers approached him and offered a one off guest spot Esposito felt perfectly comfortable being all like, “Nah, I’m good.”

This left the producers in a tight spot because they’d kind of hinted that Gustavo Fring was into some heavy shit and fans wanted to know what the it was. So, they came back and instead offered Esposito 7 guests spots and he once again turned them down. By this point the producers were getting kind of desperate and asked Esposito what it’d take to bring him back because the world needed more Gus God-Damn Fring. Which is when Esposito revealed his hand and explained he’d happily come back and do as many episodes as they wanted, as a series regular. 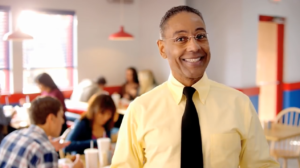 Realising this was the only way to get Esposito on board, the producers relented and made Esposito a member of the principle cast and overhauled the character of Gustavo Fring to make him a larger part of the overall story.

And that is how Giancarolo Esposito hustled his way into our hearts and in the process, became one of the most magnetic and intriguing villains in modern television history.