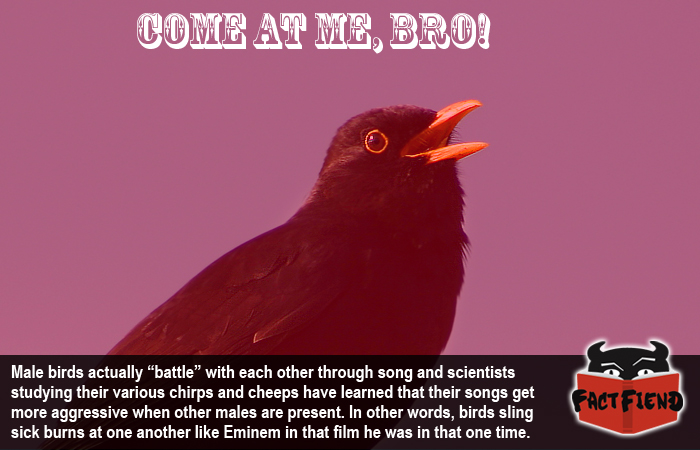 The gentle cheeping of a bird is one of the life’s sweetest pleasures, right up until you realise it’s almost certainly coming from a male bird screaming that he wants to get laid. Apparently along with being used to woo the ladies, singing serves the dual function of “dissing” other males.

We really don’t know how else to say this so we’re just going to go for it, birds are pretty much tiny feathery rappers.

Think about it, all they do is fly around, sing, get laid and then sing about the next female bird they want to climb inside. But the similarity doesn’t end there, because according to some expert bird-nerds (ornithologists) bird’s will actively taunt and aggressively mock fellow males if they’re nearby, through song.

This isn’t just us comparing the birds to rappers by the way, the actual people who did the study likened the trading of insults and boats by males birds to “battle rap”. Who else imagined a room full of sparrows wearing Beats when they read that sentence? Just us? Oh, okay then. 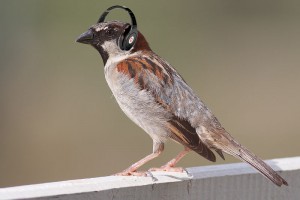 But we digress, ornithologists also discovered that when a bird is in closer proximity to other males than he’d usually be, he usually only sings a single song or a selection of his best songs, on other words when birds think there’s a chance they’ll score some feather tail, they’ll sell the hell out. Wow, the resemblance to rappers is uncanny isn’t it?