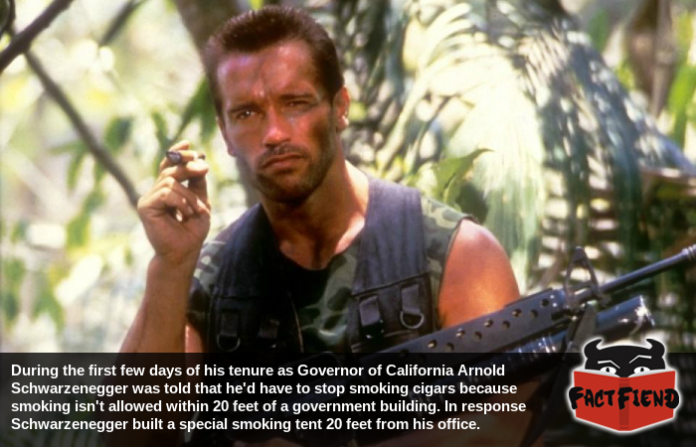 During his time as governor of California Arnold Schwarzenegger reportedly spent a great deal of his time stood around in a small tent just outside of the capital building. This tent would eventually become an enduring image of his political career, in part due to the ever-so-subtle shade the governor would throw at people using of all things, cigars.

You see, Schwarzenegger fucking loves cigars and it is noted that they are one of the few topics he always has time to talk about. Something no better proven than by his record breaking number of appearances on the front cover of the magazine, Cigar Aficionado. Something we’re just as surprised as you to learn exists. 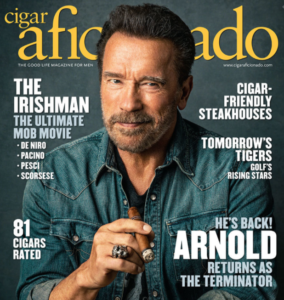 Schwarzenegger’s love of cigars is such that when he became governor in 2003, serious concerns were raised about his habit impacting his official duties since it is against the law in California to smoke inside or within 20 feet of a government building. With some advising the newly minted governor to curtail his habit. Schwarzenegger was having approximately none of that shit and instead had a special smoking tent built exactly 20 feet away and basically turned that into his office.

While this may seem a little strange, it was on-brand for Schwarzenegger who frequently makes use of similar tents on the sets of movies instead of trailers so that he can smoke. Being a nice guy, Schwarzenegger reportedly hands out cigars like candy to anyone who walks past when he’s doing this and he is said to take great joy in watching people try a cigar for the first time. 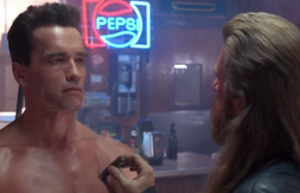 The thing is, being a multi-millionaire celebrity with a wealth of connections and massive influence, Schwarzenegger of course has some pretty fucking good cigars. Including, we shit you not, personalised ones with his own name printed on them. As you might imagine, these cigars are a highly sought after collectors item and during Schwarzenegger’s tenure as governor many a legislator tried to get one from him. Including, and this is kind of amazing, officials who openly criticised Schwarzenegger for his smoking habit.

Amusingly it would seem Schwarzenegger was acutely aware of this fact and he is reported to have used cigars to subtly indicate how much he liked a given person by only handing out his better, more expensive cigars to people he liked while his cheaper, shittier cigars went to people he didn’t. The ultimate insult however was when Schwarzenegger didn’t hand out a cigar at all and there are reports of certain officials getting really mad about this. Which is just the best.

Finally, because this is awesome, Schwarzenegger is also reported to have handed out giant gummy candy shaped like his own head to people he liked, but knew either didn’t smoke or had children. Again, Schwarzenegger is known to have used this candy as a subtle indicator of how a meeting was going, conveniently “forgetting” to hand out candy to officials he didn’t like. Again, this candy become something of a status symbol amongst Schwarzenegger’s peers with people who didn’t get any being super annoyed about it. Something we’d question the validity of if elected officials acting like spoiled children didn’t sound like the most real shit ever.