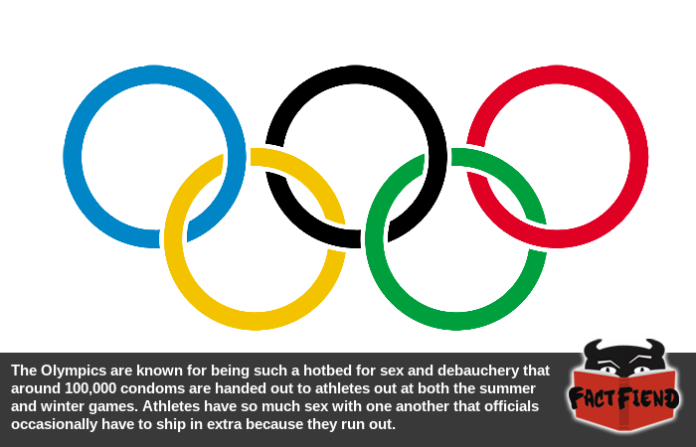 Given that the Olympic games is essentially just a giant playground for the literal finest specimens of humanity to show off how skilled and buff they are, it’s not surprising that a bunch of them have sex. Apparently though athletes have so much sex that sometimes the relevant authorities tasked with keeping track of their porking just can’t deal.

While exact figures on how much sex goes on at the Olympics is hard to come by as a result of the secretive and insular nature of organised athletic competition rough estimates suggest that it’s well, a lot. For example swimmer Ryan Lochte once quipped to interviewers that, by his estimation, around 75% of athletes had sex at the Olympics and that he personally saw the games as such a fuck-fest he made sure that he was single for the 2012 games in London. 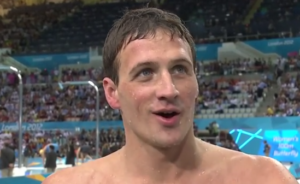 Something athletes from less, shall we say, democratic countries are known to take advantage of and leads to a lot of athletes claiming that the sex is probably the best part of being an Olympic athlete. As one female skier once put it “The Olympics are like a fairy-tale. I mean, you could win a gold medal and you can sleep with a really hot guy.” We feel compelled to point out the use of words could and can in that sentence since it basically suggests sex with a hot guy is a given at the Olympics whilst winning isn’t.

As you can imagine given that literally every person in the Olympic village is in prime physical condition athletes are none too picky with who they get their have sex with, even by doing some sex drinking games. Or to paraphrase American javelin thrower Breaux Greer about it –

“At the Olympic Village everyone’s body is a 20.”

As a result of this the Olympic is a place where you’re just as likely to see a 7ft tall basketball player get it on with a lithe female swimmer as you are see a female weightlifter sneaking out of the room of a tiny, but ripped-as-all-balls male gymnast. 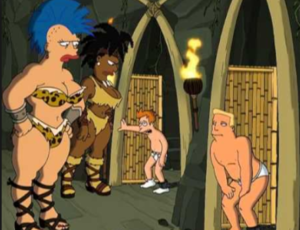 So much sex happens at the Olympics that hundreds of thousands of condoms are handed out at each Olympic games to both athletes and journalists who also apparently enjoy boning each other’s brain’s out during the games. On average it’s estimated that this amounts to about two dozen condoms per athlete for the two weeks the games take place. An amount that unbelievably sometimes still isn’t enough like in 2000 when officials in Sydney had to ship in an extra 20,000 condoms when the 90,000 they’d set aside wasn’t enough.

In more recent years officials seemed to have learned and now ship in enough condoms to give each an every athlete about 40 each. Which seems like a bad idea given that everyone using them is a hyper-competitive insanely fit person in the prime of life, but hey, what the fuck do we know?