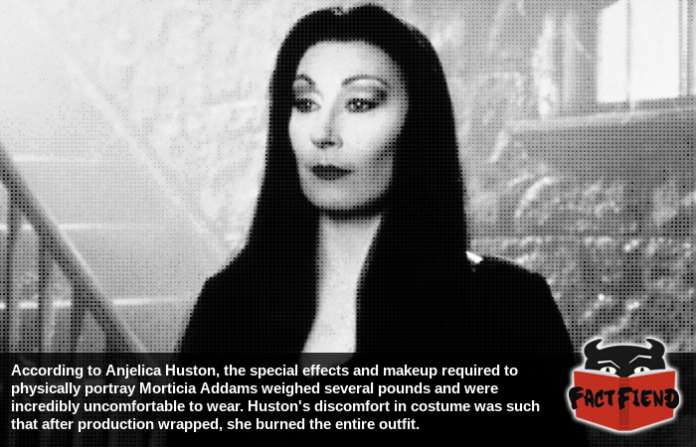 The 1991 live-action Addams Family movie is arguably one of the finest examples of casting ever seen in a movie given that they somehow managed to cast actors who looked exactly like characters from a cartoon. Amongst these actors was Anjelica Huston who, to achieve the look of her character Morticia Addams, was so heavily made up that she felt the urge to burn her costume when filming wrapped.

You see, in the original cartoon Morticia hails from she is shown as being unnaturally pale and thin with a penchant for impossibly tight, form-fitting black dresses. 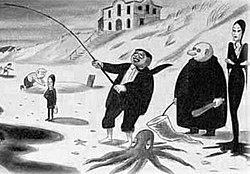 As you might imagine then, portraying Morticia required Huston to wear a similarly form-fitting dress on top of a painfully tight corset to give her the character’s distinctive, waif-like silhouette. In addition, Huston had to wear several layers of specialised makeup to lighten her skin, have her hair painfully scraped so that she could wear a wig and then on top of all this, had to wear regular makeup, fake nails and eyelash extensions to complete the look. 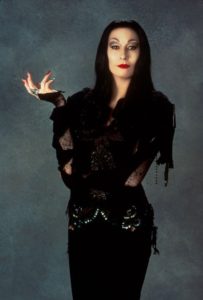 This alone might have been tolerable if not for the fact the character of Morticia also has vaguely ethnic features to give her a more exotic look. As a result, Huston also had to have her eyes pulled back using rubber cement which was then concealed with, you guessed it more makeup.

Now as if having her eyes constantly being pulled open wasn’t uncomfortable enough, the film’s directors wanted to pay homage to old Lugosi Dracula movies by having Huston’s eye’s lit like a vampire in every scene she was in. 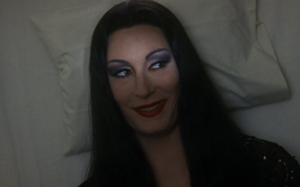 This means that for every Huston filmed she had to stand with a bright-ass light shining directly into her forcibly open eyeballs.

Understandably then, while Huston enjoyed the role, she didn’t enjoy getting madeup every single day and noted in a later interview that the moment filming wrapped, she took everything she had to wear to play Morticia and threw it onto a big-ass bonfire. Burning what we imagine would be quirky but nonetheless valuable pieces of film memorabilia. Then again, that’s a very Morticia Addams thing to do so we get it.