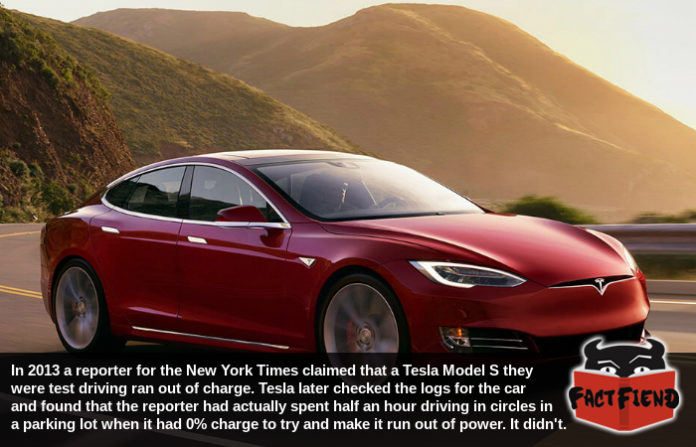 The Tesla Model S is, according to every metric used to judge the quality of an automobile, a fucking fantastic car. In 2013 a writer for the New York Times called John Broder decided to try and take the Model S down a few pegs by lying his ass off in a review that was almost immediately called out by Elon Musk himself.

First, the facts. In 2013 in an article titled, “Stalled out on Tesla’s electric highway” Broder spent several pages shitting just all over the Model S, criticising everything from it’s predicted range, Tesla’s own customer service and the fact the battery wouldn’t hold a charge. Broder claimed that the car eventually clapped out and he had to call a flatbed truck to pick it up, gleefully using this photo he took of the defeated car being hauled away as the article’s header image. 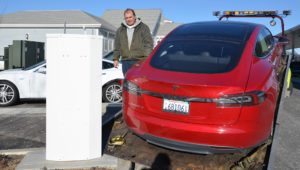 The problem was the whole article was bullshit. Tesla had, apparently unbeknown to Broder, logged his entire trip and found that, at no point did the car ever run out of charge. The logs showed that even when the car was being loaded onto the flatbed, it still had enough charge to continue driving. It had just cut out to converse power because he’d been driving it without charging it fully before each leg of his journey.

The logs also showed that, contrary to Broder’s claims that the car had “limped along at 45MPH” at some points, he’d spent nearly the entire journey gunning it, driving well above the legal speed-limit for some of his journy. In addition, Broder had also turned up the car’s internal climate controls to their highest setting (despite saying in his review he’d actually turned them down to try and conserve power) and charged the car less and less at every subsequent charging station he visited. As Elon Musk would later note in a lengthy blog post detailing all of the irregularities about Broder’s test-drive, it appeared as though Broder was trying his hardest to make the car die to suit his narrative that electric cars suck a fat one.

As proof Musk pointed to the fact that the logs showed Broder had frequently stopped charging the car early against the advice of Tesla and had even at one point, drove around in circles in a parking lot when the car had a predicted range of 0 miles for several minutes, seemingly in an attempt to cause it to die. When it didn’t he charged it for less time than Tesla personal expressly recommended and drove off. Broder would later claim he simply couldn’t see the charging station and that’s why he was driving around the parking lot. Which is fair, it’s not like Tesla charging stations have big glowing signs on them or anything. 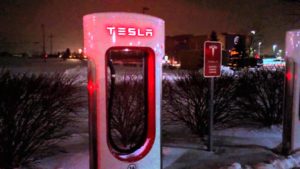 At another point in his journey Broder attempted to drive 61 miles to a charging station when the predicted range on his dashboard said 32 miles. When the Tesla actually managed to drive for 51 miles before finally cutting out to conserve power, he blamed the car. Musk later noted that during this leg of his journey Broder drove past a public charging station in broad daylight while every piece of technology on his dashboard was screaming about the car being low on power.

Broder also bizarrely claimed that the car performed poorly in the cold despite the fact the car has has been tested and driven through the Swiss Alps in winter and that one of the company’s biggest markets is fucking Norway. But yeah, the east coast was too chilly for a car that can drive through Minnesota in sub-zero temperatures without issue.

Broder would later claim that he did nothing wrong and that all of his facts were accurate while simultaneously refusing to account for the discrepancies between his article and the data in the logs. Meanwhile another journalist followed his exact stated route and somehow finished with nearly a 100 miles of predicted range left.

We don’t know about you, but we’re more inclined to believe the data from the electric car than we are a journalist with a history of shitting on them. Mainly because given Elon Musk’s stance on artificial intelligence, we know any car he has a hand in designing would never be able to lie.