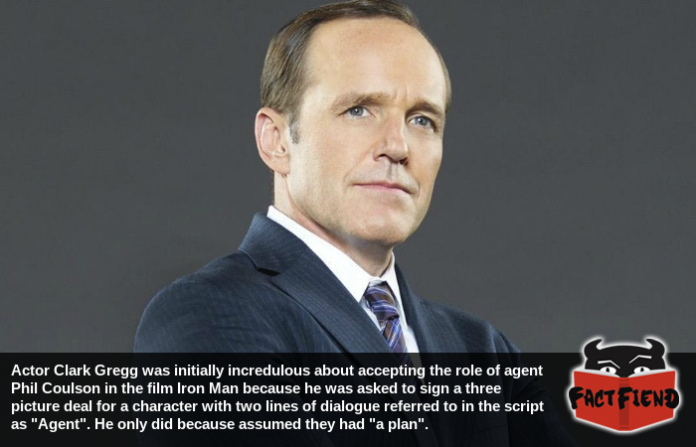 Agent Phil Coulson is a character who has been described as the gooey human centre of the cinematic monolithe that is, the MCU. An everyman character who serves as an important anchor for the first few movies in the series, the actor who plays Coulson was initially hesitant to accept the role because the character didn’t even have a name.

That actor is of course, Clark Motherfuckin’ Gregg, an actor who has received near-consistent critical and fan acclaim for his portrayal of Agent Coulson. A highly competent and superhero-obsessed member of the hyper-secretive government agency, S.H.I.E.L.D. who are introduced to the MCU in the film Iron Man.

Although his role in Iron Man was admittedly a minor one, Gregg was nonetheless a character fans latched onto and he was subesequently brought back for several more films in the series and ultimately ended up fronting his own fucking series. Like there are other characters in that show sure, but we all know that fans only watched the series initially due to the promise we’d get to see more of Gregg delivering lines drier than a sand-flavoured martini. 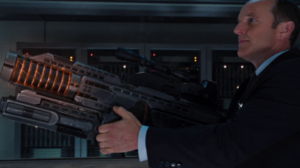 It’s odd to think then given all the success Gregg has has since appearing in the MCU, that he was initially hesitant to even appear in Iron Man, despite being offered a three movie deal, because he was incredulous that they’d bring such a minor character back. You see, when Gregg first got the script his character was listed simply as “Agent” and had like two lines. In addition, Gregg was also worried that him being such a minor character would see him being cut from the film. Something he really didn’t like the idea of since he’s a huge fan of the comics and admitted that he’d have been crushed if he told everyone he was going to be in the new Iron Man movie and then, wasn’t in it.

Fortunately for Gregg, director Jon Favreau ended up liking him and in Gregg’s own words, “beefed up” the scenes he appeared in. Positive fan reception to Gregg also helped the actor expand his role in the films, resulting in him being cast in a bunch of extra MCU stuff designed to expand and connect the universe established by the Iron Man and Thor. Hell, Gregg proved to be so popular with fans that Marvel went right ahead and put Agent Coulson into the fucking comics as well as a Spider-Man TV show with Gregg lending his likeness to the former and likeness and voice to the latter. 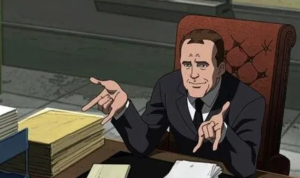 Which, well, is pretty damn impressive for a role Gregg was this close to turning down beause he didn’t think it would go anywhere.