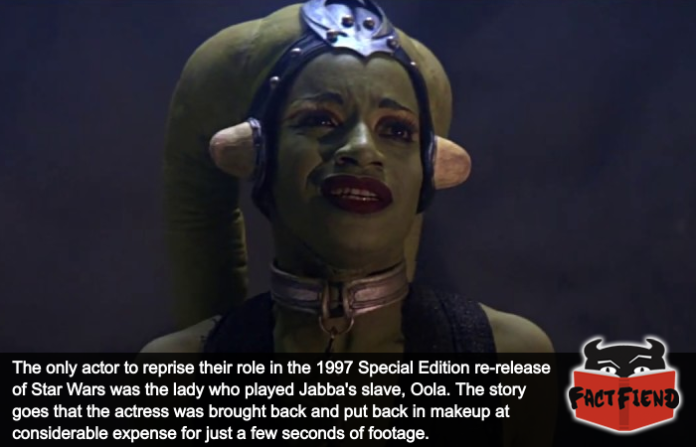 There’s few bits of ground online less well-trodden than the glassy smooth hell-lands marked “complaints about Star Wars” with the 1997 Special Edition re-releases of the movies being perhaps the most controversial releases in the series’ history due to a multitude of seemingly random CGI additions. Arguably one of the most impressive shots in the Special Edition is one that was actually realised entirely with practical effects, thanks in part, to an actress who apparently had a deal with the devil to never age.

Now this shot is admittedly hard to spot as it occurs after one of the most egregious and oft-derided additions to the Original Trilogy, Jedi Rocks. A random full-length musical number that occurs after Luke enters Jabba’s palace featuring a host of CGI monstrosities created from scratch to replace a similar, but more subdued scene in the original release of Return of the Jedi. 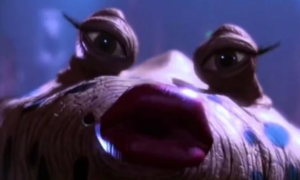 To explain, in the original film a musical number does play, but it’s a grimey-ass jazz number called Lapti Nek sung and performed in Jabba’s own language by a host of, at the time, state-of-the-art animatronic puppets. A scene clearly designed to mirror the cantina scene in A New Hope as well as show off a bunch of cool looking aliens costumes.

Either way, an amusing irony of this “fix” is that the CGI it contains is so off-puttingly, distractingly bad and horrendously out of place that it overshadows one of the most impressive and seamless additions to the entire Original Trilogy. An extended death scene featuring Jabba’s personal Twi’lek backup dancer and bright green hype gal, Oola. 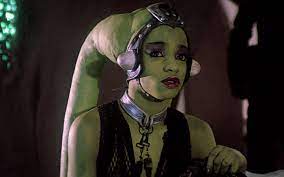 To explain, in the original release, Jabba Mr Burns’ Oola down a big hole into his rancor pit at which point a scream is heard. In the Special Edition however we not only see Oola eat shit as she tumbles to her inevitable death, but a brief shot of her spotting the rancor and realising that she’s, in technical terms, fucked.

Now many critics and fans assumed that this insert was a deleted scene that was restored for the special edition or something because, well, Oola looks exactly the same. Something that is partially the reason the shot even exists.

Confused? Well the story goes that the actress who originally played Oola, Femi Taylor, was initially brought back in for a few pick up shots with the plan being to get her back in costume and dance in front of a blue screen. Presumably so that she could be digitally inserted into any new shots they created for the scene. This plan changed though when Taylor got into costume and producers noticed that she hadn’t aged a day in almost 15 years.

In fact, Taylor looked so good that George Lucas did the most George Lucas thing possible and re-wrote the entire scene to include a shot of Oola tumbling into the rancor hole. His reasoning being that Taylor looking so much like her younger self meant they could film closeups without them looking, off. A courtesy that wasn’t extended to any other actor in the series meaning Taylor has the rare distinction of being the only actor who was invited to reprise their role for the Special Edition re-releases.

What makes this doubly impressive though is that Lucas didn’t just rewrite the scene, but insisted that the crew build an exact replica of the original rancor den set in which to film Oola’s closeup. A shot that was literally a few seconds long and could have easily (and poorly) been realised using the CGI Lucas was so fond of at the time. Making the fact he didn’t and instead insisted upon using practical effects and remaining as true to his original vision as possible kind of amazing. If baffling.

Ironically given the ultimate fate of her character, when asked how she inexplicably avoided ageing in 15 years Taylor’s explanation was that dancing kept her young, somehow. Who knew.