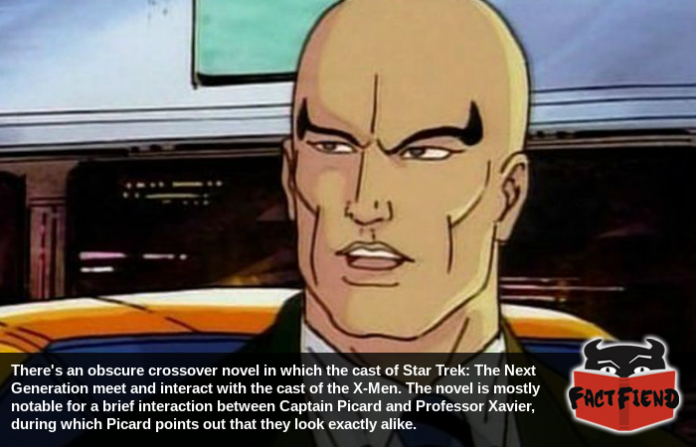 To many people Sir Patrick Stewart is known for playing one of two roles, mainly the telepathic mutant leader of the X-Men, Professor Charles Xavier or the space-faring career diplomat and tea enthusiast, Jean-Luc Picard. Curiously while both character have been played by the same actor, their resemblance to one another is something that has been commented upon by the character of Picard himself.

First though it’s probably worth talking about how Patrick Stewart first became aware of the X-Men because as you might imagine given his accent and highly acclaimed career as a thespian, he wasn’t really a guy who read comic books growing up, like at all. In fact, according to Stewart he’d never even heard of the X-Men until one fateful day he was approached by a producer whilst doing voiceover work for director Richard Donner. Stewart notes that this producer showed him an X-Men comic with Professor X on the cover, something Stewart took one look at before exclaiming, “What am I doing on the front of a comic book?” 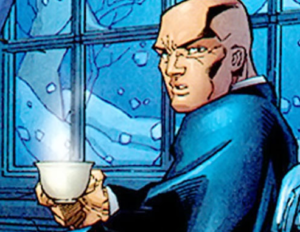 Amusingly though the link between the two men was something noted by Picard himself in a book we’re guessing almost nobody has ever heard. Specifically the book, Planet X released in 1998 detailing a dimension hopping adventure wherein the cast of Star Trek: The Next Generation meet the X-Men. 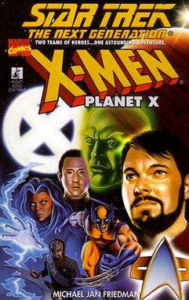 Now in this book, due to various space-shenanigans, the cast of the show are able to interact with various members of the X-Men, leading to, amongst other things, it being hinted that the weather controlling master of thunder, Storm and the good Captain want to get their fuck on. Which yeah, totally makes sense.

However the most intriguing thing to happen during the novel is a brief, virtual conversation between Captain Picard and Professor X, during which Picard is somewhat amused to noticed that he and the Professor look remarkably similar to one another. Something you might be inclined to attribute to a smart-ass writer commenting on the fact both character are played by Patrick Stewart unless you’re one of those people who have the dates movies were released committed to memory, in which case you probably noticed that this book was released two years before the release of the first live-action X-Men movie.

As far as we can tell nobody involved with the production of the book was aware of Stewart’s knowledge or lack thereof of the X-Men universe and it’s highly likely that it was included simply because fans of the actor really thought he looked like Professor X.