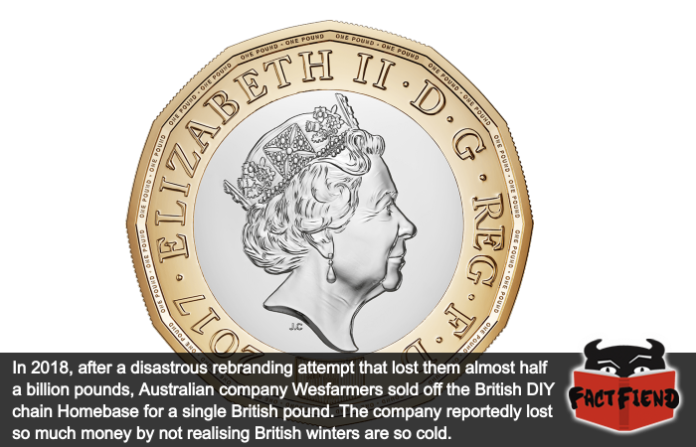 In the world of business hostile corporate takeovers a way of life and on any given day there’s probably like 30 businessman in suits sharper than an Apple branded switchblade planning to fuck someone over for a quick buck. However, it’s not very often that this sentiment is literal as it was in 2018 when an Australian company had to sell a company they bought for a quarter of a billion pounds for one pound.

That company was Homebase a business that was, at one time, valued at around a billion dollars and has changed hands more times than a slightly bulky piece of luggage during a walk through an airport. Perhaps the most dramatic change in ownership though came in 2016 when an Australian conglomerate called Wesfarmers bought the chain for a relative steal, handing over about £350 million for the business.

Which begs the question, why? Well Wesfarmer’s plan was to convert each and every Homebase in the UK to a Bunnings reasoning that as both sold hardware supplies, the change would be relatively seamless. A reasonable plan with one major issue, the store never considered that British people don’t have the massive fuck off gardens that Australians do and as a result, wouldn’t need things like a grill the size of a dolphin’s coffin. 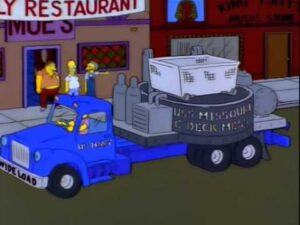 Other things the retailer did was remove stuff like soft furnishings and other decor options from sale, replacing them with power tools and sheds. Perhaps the most baffling decision the store made though was to ignore Homebase’s policy of changing up their offerings to coincide with the changing seasons. Instead simply selling the same stuff year round. The problem with this is that the stuff Wesfarmer wanted to sell year round was things like the aforementioned fuck off grills, in Britain, during winter. Something Wesfarmers could have easily avoided if they bothered to do, like, any market research whatsoever.

All in all the decisions ended up costing Wesfarmers hundreds of millions of dollars in losses which sounds bad until you realise that the company was also on the hook for the rent on every Homebase store in the UK to the tune of an addition 800 million. All in all it was reported that regardless of what Wesfarmers did, they’d owe somebody, somewhere a fuck ton of money.

Which is when the company decided to just cut their losses and sell Homebase, which wasn’t exactly an attractive prospect given they’d just spent 18 months tanking its reputation and driving away customers. Which is when a company called Hilco swooped in and made Wesfarmers an offer so hilariously one-sided it may as well have been made while holding a gun. They’d buy the company (and all of its debts and obligations) for a single British pound. A deal Wesfarmers had no choice but to accept, retreating with its tail between its legs back to Australia, no doubt having learned nothing because these are businessmen we’re talking about.