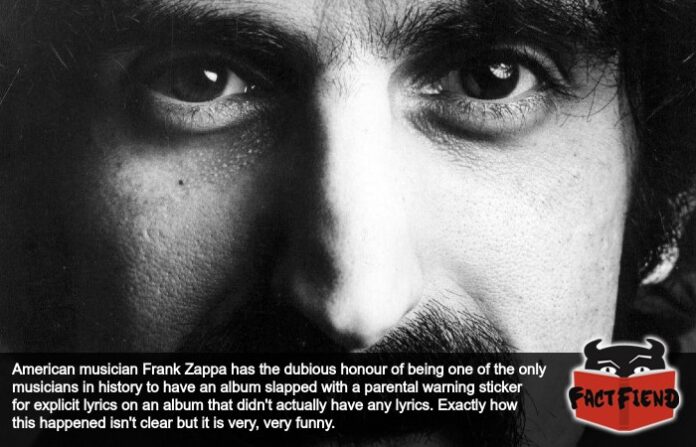 Frank Zappa was an avant-garde musician best known for his long-ass noodling guitar solos and eclectic musical output over the course of three decades in the industry. A man who didn’t like being told what to do, Zappa famously had a run-in with a bunch of snobbish Washington housewives that inexplicably resulted in an entirely instrumental album of his being censored because it contained, erm, explict lyrics.

The genesis of this particular amusing footnote from Zappa’s career can be traced back to 1985 when a group known as the The Parents Music Resource Center decided that music was getting too sexual. Something we feel comfortable saying knowing that the group was founded in direct response to a lyric from a Prince song.

Specifically, the story goes that the group was founded after Washington housewife Tipper Gore bought the album Purple Rain and was horrified that a song by Prince contained some suggestive lyrics. Something you think she would have been able to guess from the album’s cover or that fact it was written by fucking Prince but whatever. 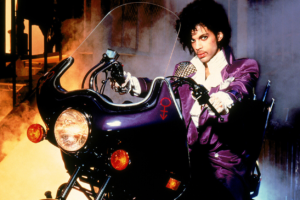 Anyway, after hearing the lyrics Gore was incensed that she’d been duped into grooving along to a song about fucking and decided that it was of course, somebody else’s fault. Forming the PMRC shortly thereafter with a bunch of other politicians wives who we’re going to guess had, had about half an orgasm between them in their entire lives.

Now while the stated goal of the group was to protect children, they basically spent all of their time bitching that artists shouldn’t be allowed to express themselves creatively if it offended their sensibilities. A complaint that would have probably been largely ignored if not for that fact each of the founders was begrudgingly fucking a prominent politician of political heavyweight at the time.

Because of this, the group were able to effectively strong-arm the Recording Industry Association of America into putting this now all too familiar sticker onto the front of albums they didn’t like. 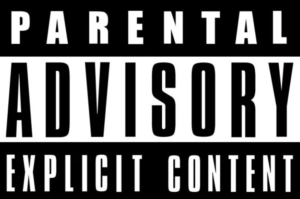 As an aside, putting this sticker onto an album is a completely voluntary choice on behalf of record companies and was largely done to appease the PMRC and stop them complaining. However, an inadvertent side effect of the controversy the sticker generated is that it actually made a lot of albums sell better as it basically amounted to free advertising. Because lets be real here, the easiest way to ensure kids or teenagers do something is to tell them very specifically not to do that thing.

The best example of this being literally the first album to ever receive one of these warning lables, the aptly titled Banned in the U.S.A. by the 2 Live Crew. An album that became a smash hit after news agencies across the United States reported on it being banned for being too raw prompting millions of people to rush out and buy it because of course that’s what happened.

Getting back to Zappa, the artist famously shit just all over the PMRC in a prepared statement to congress alongside other musicians that did little to convince Gore and her ilk but was nonetheless considered to be a complete and very thorough evisceration of the group and its politics. With Zappa likening the group’s suggestions to “treating dandruff via decapitation“.

So where does an instrumental album with explicit lyrics come into this story? Well a short while later Zappa released an album awesomely titled Jazz from Hell which was infamously sold with a sticker on it warning listeners that it contained explicit, sexually charged lyrics. A baffling claim considering the album had no lyrics whatsoever but an understandable one when you look at it’s cover. 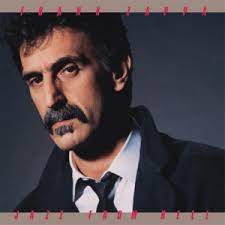 Now it is often claimed by lesser fact websites that the album was deliberately targeted by the PMRC in retaliation for Zappa’s comments earlier that year, which, while funny, isn’t exactly the case. You see, the sticker was actually placed there by an overzealous manager of a regional chain of supermarkets in the American northwest. With a leading theory being that the manager didn’t like that the album had the word hell right there in the title nor that he it contained a song called, we shit you not, G-Spot Tornado and put their store’s version of the PAL sticker on it not realising that the album had no lyrics.

To be clear, although the PMRC didn’t insist on putting the sticker there themselves, they absolutely influenced the decision as their much reported on campaign against music had made a lot of retailers nervous about bored housewives protesting their stores for stocking certain albums. Leading to the creation of the aforementioned retailer-specific warning labels. Which is, if we’re honest, a better story as the image of a guy warning people about the contents of an album he hadn’t listened to because he felt like it was bad so wonderfully encapsulates how pointless the entire campaign was.