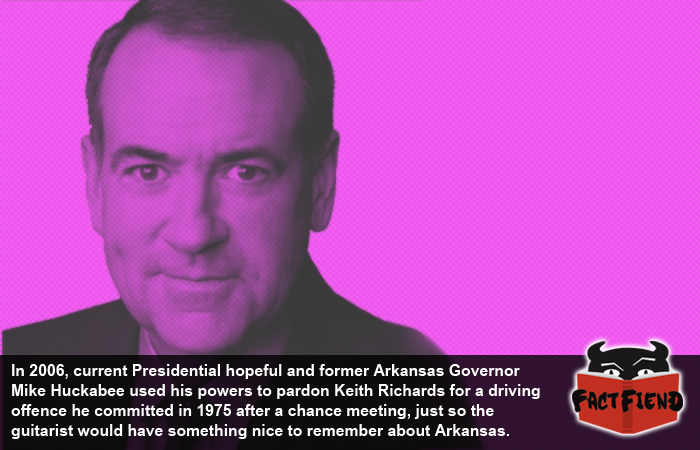 Chances are, unless you’re from Arkansas where he served as governor for over a decade, the only thing you really know about Mike Huckabee is that he really wanted to be president, but not nearly as hard as Donald Trump did. Oh and that he plays electric bass in a band. But did you also know he’s a really big fan of the Rolling Stones?

First things first, we’re absolutely not making it up that Mike Huckabee, yes that Mike Huckabee, plays the electric bass guitar in a slow jam cover band called, Capitol Offense.  No, really, here’s a link to him and his band living the dream of every rock and roll fan from the 70’s and ripping the solo to fucking Freebird on stage without being booed or having a single boot filled with yoghurt thrown towards him and here’s an actual, not-photoshopped picture of him and his beloved bass guitar.

This isn’t just something Huckabee does for publicity either, he really loves rock and roll and has used his position as governor of a medium sized state to help raise their profile to the point they’ve been invited to open for artists like REO Speedwagon and The Charlie Daniel Band, despite the fact they’re a cover band who’s repertoire is limited to non-offensive rock songs from the 70’s and 80’s. Huckabee has also been known to randomly crash the jam sessions of random teenagers to show them how a real man plays bass.

So what does this have to do with the Rolling Stones you ask, with your head tilted adorably to the side like a confused puppy or person with a somewhat severe neck injury. Well back in 1975 Keith Richards (the lead guitarist of the band) got into a bit of trouble in Arkansas when he was pulled for driving under the influence of multiple illegal substances and presumably several that have yet to be discovered or categorised while also carrying just a shit ton of drugs in his car. Thanks to the efforts of his lawyer and the fact he was a millionaire rock star, Richards walked away from this arrest with a misdemeanor for reckless driving and a small fine, that not unlike Ned Flanders, he could easily afford. Over 3 decades later, Richards met with then Governor Mike Huckabee, who just so happened to be wandering around backstage 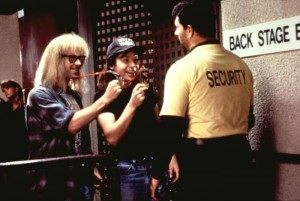 After the chance meeting with the rockstar, during the course of which it emerged that Richards only real memory of Arkansas was that time he blasted through it high off his tits on drugs, a crime he has both readily admitted to and bragged about getting away with almost scot free for the last 30 years, Huckabee used his position as governor to have the conviction quashed, simply so that Richards would have a positive memory of Arkansas.

And that ladies and gentlemen is the story of the how Mike Huckabee pardoned an unrepentant millionaire for a crime he committed decades ago that he has never shown any remorse for just because he was a big fan of how well he played guitar. Gee, when you put it like that, Mike Huckabee sort of sounds like an asshole, huh?