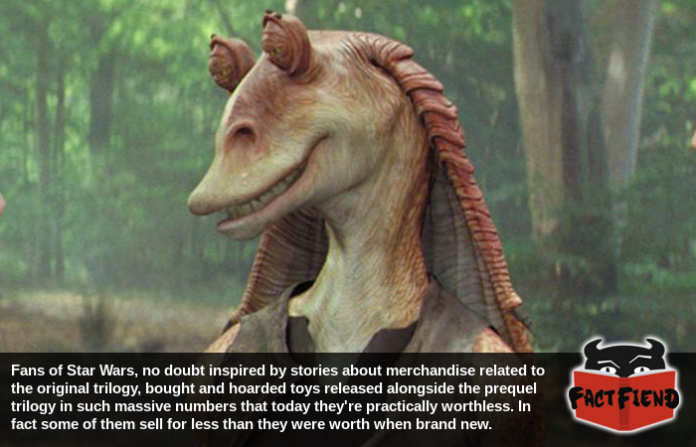 For many years now the Star Wars Prequel Trilogy has been on the receiving end of the kind of targeted incoherent man-baby tantrums normally reserved for things like videos games with black people in them or women expressing an opinion online. As such it’s easy to forget that at one point people were banking on the films not only being a massive success, but so culturally significant that any and all related merchandise to it would be worth a fortune decades later. Something that didn’t exactly work out as planned.

You see, as you can probably guess given they’re still making sequels to it 40 years later, the first Star Wars movie was pretty popular and saw a lot of people wanting to buy related merchandise and toys. The problem was that, at the time, nobody in the movie industry gave a shit and it was thought that fans didn’t care about buying cheap plastic crap with their favourite character’s face on it. 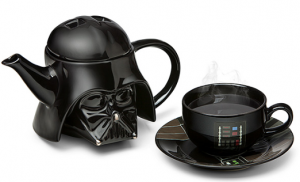 This idea was so ingrained in the minds of studio executives back in the 70’s that when George Lucas proposed waiving his director’s fee in return for the merchandising rights to Star Wars to 20th Century Fox, the studio agreed so quickly that they probably broke the sound barrier trying to snatch at Lucas’ hand to shake on it before he could change his mind.

Even more hilariously it’s noted that only a single company in the entire United States had any faith whatsoever in the movie being a success, Kenner Products. As a result, they were literally the only company who had the license to produce Star Wars toys and products when the movie was released and did gangbusters at the box office.

Studio apathy combined with general disinterest from manufacturers meant that demand almost immediately outstripped supply to the point Kenner started just selling pieces of cardboard that could be exchanged for a toy at a later date. As an idea of how ravenous the public were for Star Wars related shit after the film was released, within days even the pieces of cardboard sold out. 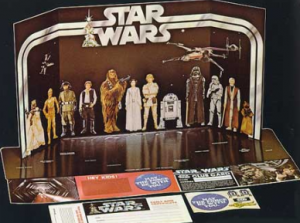 Today many of these early toys are incredibly valuable thanks simply to the fact there weren’t all that many of them initially and the ones that were sold were almost instantly opened and played with by an excitable child. Because of this there aren’t all that many official Original Trilogy toys left in the wild and fewer still in mint condition. The same however cannot be said of toys released alongside the Prequel Trilogy.

By the time of the Prequel Trilogy’s inception George Lucas was keenly aware of the marketability of Star Wars and absolutely sought to monetise the absolute shit out of his creation. To this end millions of Prequel Trilogy toys were made, many of which fans bought in droves and hoarded away in the hopes that they too would one day be worth more than a car. Seemingly unaware that this doesn’t work if everyone has the exact same fucking idea. 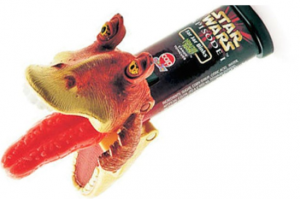 The sheer amount of toys bought by fans and collectors hoping to make a quick buck on them a decade or so later coupled with the lukewarm attitude most fans have of the film today means that there’s not really a market for Prequel Trilogy toys. Which is amazing because it now means that the large adult men who body-checked actual children out of the way to get their hands on them are now stuck with hundreds of shitty toys nobody wants that they’re being forced to sell for, get this, less than they were brand new a decade ago.

Because people and especially Star Wars fans never seem to fucking learn, this entire song and dance was of course repeated with the newest series Star Wars films. As with the toys that were released alongside the Prequel Trilogy, grown men were seen pushing children out of the way to buy handfuls of Kylo Rens they never planned to play with so that they could sell them decades later for a profit. An image that is made all the more hilarious when you realise said men had to push past hundreds of people doing the exact same thing and somehow convince themselves that fucking Disney of all companies wouldn’t produce enough merchandise to satisfy demand.