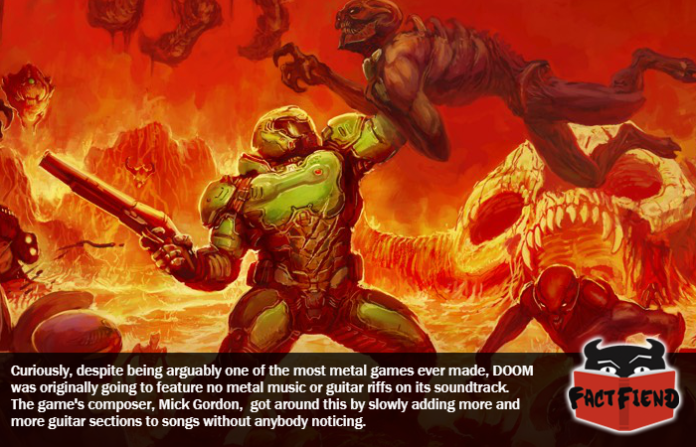 DOOM is a series so loud and in your face that the official way to spell the game’s name is in all caps, preferably by headbutting your keyboard. Known for its insanely metal aesthetic and ball-shatteringly bombastic soundtrack, the 2016 reboot of the series was hailed as a triumphant return to form for the series thanks, in part, to the work of one Mick Gordon. A man who had to sneak guitars into the soundtrack of a game that looks like a power metal album cover come to life.

First though, it’s important to understand just how integral metal music is to DOOM as a series and how much it attributed to its ultimate success. For starters the DOOM as a series owes its entire existence to a game of Dungeons & Dragons that went awry, resulting in a game in which the entire planet was overrun by the hoards of hell. If you’re currently wondering what Dungeons & Dragons has to do with metal music, the two are more closely linked than you’d think with a bunch of kick-ass metal bands drawing influence from the game or its aesthetic.

In addition, the look of one of the DOOM’s most enduring and recognizable enemies, the Cacodemon. AKA, the floaty Hell Boi … 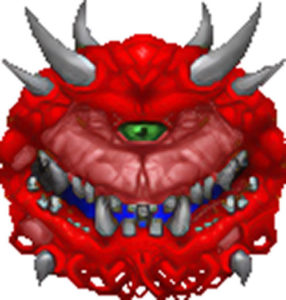 Is literally just the head of a creature from Dungeons & Dragons called the Astral Dreadnought with a few visual changes. 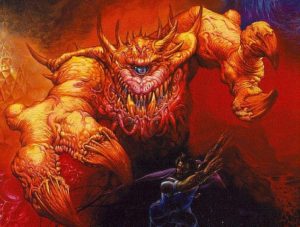 In specific regards to the music of DOOM, the metal influence is a lot more direct with the composer of the first game, Bobby Prince, reporting that his brief for what developers wanted from the soundtrack amounting to being handed a pile of metal albums and being told to “make something similar“.

With that in mind then you’d expect when id Software, the company behind DOOM, were planning on bringing it back they’d want the soundtrack to follow a similar ethos, right? Well, that wasn’t exactly the case and according to the composer of DOOM (2016), the aforementioned Mick Gordon, he was explicitly told that the soundtrack feature “No metal!“.

As a reminder for anyone who hasn’t played it,  DOOM (2016) is a game where you can chainsaw demons the size of a family sedan in half which you’d assume is something you’d assume is pretty much required to be accompanied by a screaming guitar solo. According to Gordon though id thought metal would sound cheesy, going as far to tell him that he wasn’t even allowed to use a guitar when creating any music for the game. 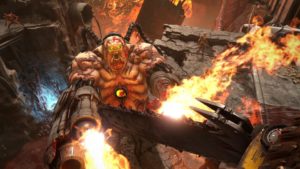 Gordon, being an absolute fucking mad man responded to this by creating his own instrument which consisted of a series of over a dozen effects pedals working in tandem which would distort any sound run through it to such an extent it sounded like it was being birthed from the screaming pits of hell itself. As an idea of how complex this system was Gordon was able to turn simple beeps into pseudo guitar riffs and even figured out a way to “play” a fucking chainsaw by running the sound of it through this clusterfuck of a setup.

The audio designers at id reportedly loved the sound made by this unholy mess of machinery which is when Gordon casually suggested that adding a little guitar would really make the music pop. Noting that guitars excel at cutting through other sound and that one could be used at specific moments to emphasis action. id was convinced by this and allowed Gordon to add, in his own words, “5 percent guitar” to the soundtrack. Gordon then slowly drip-feeding mercury into the game’s soundtrack until it was the metal-filled riff-fest we were all luckily enough to have spooned into our earholes back in 2016.

That time a Marvel artist was criticised for not ripping something...