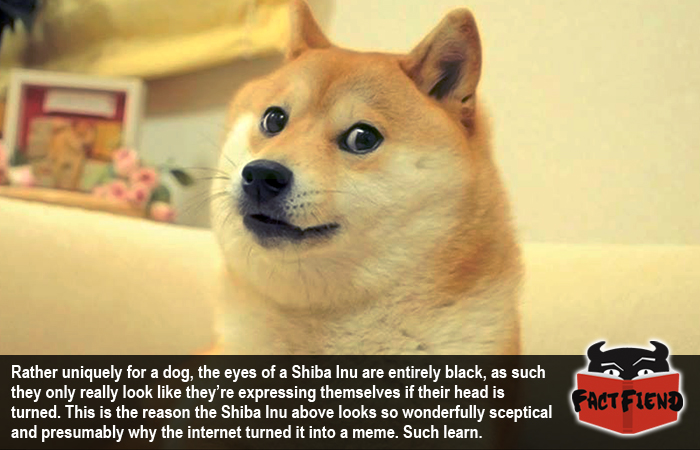 If you’ve yet to experience the doge meme, you either don’t spend enough time online or are lying, it’s by far one of the most popular internet memes in recent history and is one of the few that has managed to actually leak into the real world. Odd then that it’s probably almost entirely down to how a Shiba Inu’s eyes look.

We’d explain the meme, but it’s far easier for us to just show you the damn picture. 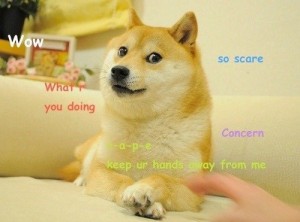 As the website, Know Your Meme explains, the meme, the picture of the shiba inu itself and the hilariously fractured language exploded online after the image above appeared on the single topic Tumblr blog “Shiba confessions”.

The meme has proven so popular that actual linguistic experts and people with degrees have written entire articles exploring what the hell has made it so amazingly popular.

But we digress, we’re here to discuss why exactly the picture of the dog itself is so appealing, why the shiba inu in the now iconic image looks so brilliantly perplexed and sceptical. Well the answer is, it’s all in the eyes. Shiba inu’s eye are naturally all black or at least very, very dark. As the owner of another internet famous shiba inu, Jonathan Fleming puts it –

“their eyes are all black, they only look like they’re expressing themselves if they’re turning and you see the whites of their eyeballs”

Which is kind of a good point since, from a distance shiba inu’s kind of look like tiny fuzzy sharks. 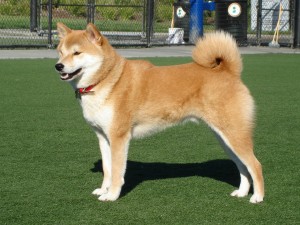 Get up close however and this happens. 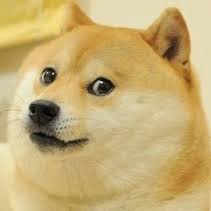 Look at that dog, it looks like it’s questioning your very existence, if that dog could talk and ask the question it’s thinking you’d explode out of existence immediately because there is no way in hell God could argue with that face. Though it’s impossible for us to say with any certainty that the popularity of the meme is based entirely on the shiba inu’s eyes, we think the evidence is pretty damn clear.