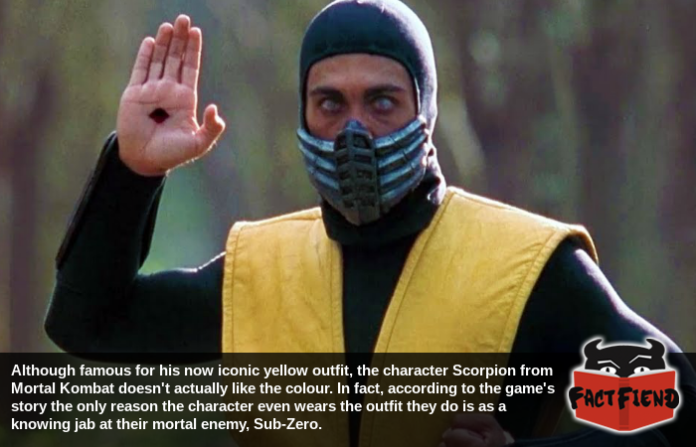 Few characters in gaming are as eminently recognisable and fabulously well-coordinated as Scorpion from Mortal Kombat. Decked head to toe in the historical garb of a ninja dyed a garish shade of yellow, Scorpion’s outfit is about as iconic as they come. It’s also something the character only wears as a dunk on his oldest rival. Sub-Zero.

To understand why simply wearing yellow is considered to be such an immense and targeted Fuck You, it’s important to note that according to Mortal Kombat lore, Sub-Zero killed Scorpion prior to the events of the first game. If you’re currently wondering how Scorpion is in that game despite the unmistakable handicap of being fucking dead, it’s because he’s resurrected by a necromancer who turns him into flaming skeleton warrior. 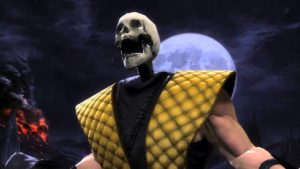 The thing is, Scorpion isn’t killed by the Sub-Zero you’re likely familiar with, but his brother who is also called Sub-Zero. The timeline is a little messy but all you really need to know is that Scorpion blames the elder Sub-Zero for not only his death, but the death of his entire family and clan, the Shirai Ryu.

In regards to the Shirai Ryu you’re likely assuming that they, like Scorpion, opt for garish yellow costumes. However, according to supplementary material for the Mortal Kombat games, Scorpion’s clan actually prefer to dress more like traditional ninjas and not yellow-clad dickheads. 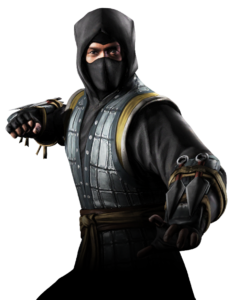 So why does Scorpion wear yellow? Well, that’s mostly because in Mortal Kombat canon, Sub-Zero’s clan, the Lin Kuei, like to accent their outfits with flashes of colour with Sub-Zero himself opting for an almost entirely blue outfit. Signifying both his skill and mastery over the element of ice. 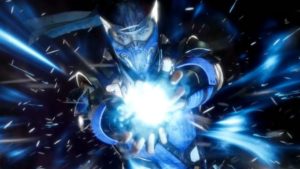 This aspect of the Lin Keui is supposedly so well known that when Scorpion was resurrected as a flaming skull demon, he opted to wear, not the clothing associated with his fallen clan, but a bastarised version of the Lin Kuei uniform. The idea being that when he finally had the opportunity to avenge his family and get his revenge on Sub-Zero, he’d do so in an outfit deliberately styled to mock him.

For anyone who does’t recall the first Mortal Kombat game, Scorpion does indeed manage to kill Sub-Zero but ends up feeling kind of bad about murdering him. Eventually coming to the realisation that vengeance wasn’t the answer and vowing to protect Sub-Zero’s younger brother to atone for, you know, all the murder.

We presume he opted to continue wearing the costume styled after the one worn by the OG Sub-Zero either because he wanted a reminder of his past sins or because he caught a glance of himself in the mirror and realised that it looked kind of baller. Either way, he decided to keep wearing it for the next 10 games. A testament to the power of pettiness and or remorse, we guess.