Chances are, given the demographics of this website, you know Raul Julia from one of two roles, Gomez in The Addams Family or M. Bison in the Street Fighter movie. For critics the latter role seemed like a poor end to the actor’s career, a sentiment Julia would have scoffed at because Julia didn’t take the role for critics or even fans, he took it for his kids.

To explain, while Julia is best known to most people for playing the stone pimp, suave-ass motherfucker known as Gomez Addams …

He was a very accomplished actor, both in his native Puerto Rico and the United States appearing in dozens of films and TV shows playing astonishingly handsome characters with fucking amazing names like Valentin Arregui, Joaquin Manero and Rafael the Fixit Man.

In fact, if Julia hadn’t have appeared in Street Fighter, his last film role would have been a made-for-TV film called, The Burning Season for which he won a posthumous Emmy and Golden Globe. Though his role in this particular film wasn’t as memorable or meme-worthy  as Street Fighter it was, in critic’s eyes, a more fitting final film for such a great actor. Raul Julia on the other hand felt that a more fitting final role was that of a psychotic, megalomaniac drug king pin who dressed like gay Hitler and could also fly. 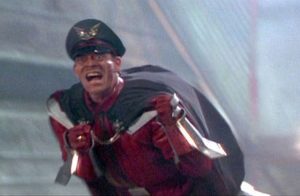 Julia, took the role of M.Bison knowing that he was dying of cancer because he simply wanted a chance to ham it the fuck up while also scoring a free vacation in Australia for his family. Because oh yeah, pretty much the only reason Julia took the role is because he knew his kids loved Street Fighter and that they’d probably get a kick out of watching their dad punch Jean-Claude Van Damme right in his swaggering Belgian penis. 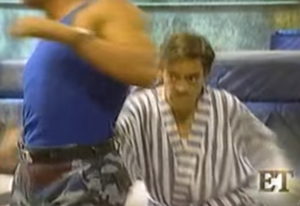 Despite, and we can’t stress this enough, dying of fucking cancer throughout the entire production process, Julia was exceptionally committed to the role. Along with insisting on doing his own stunts, Julia studied various dictators throughout history to better emulate their mannerisms and speaking patterns. Julia’s role as M.Bison was noted by critics as being one of the only saving graces of the entire film and Capcom, the owners of the Street Fighter franchise, incorporated his most hammy line into one of their games as a nod to his portrayal of the character.

Now knowing that Julia only took this role to spend some time with his kids before he died and threw himself into it, physically and mentally knowing he was suffering from cancer, it would be kind of dickish for a reviewer to say, specifically shit all over Julia’s performance. For some reason, a reviewer for Variety decided to do exactly that, calling it one Julia’s “weakest performances” and noting that it was sad that the film was the actor’s last. Yes, just to be clear, a reviewer criticised a performance giving by an actor dying of cancer that involved punching the shit out Jean-Claude Van Damme and giving rambling, Shakespearean style speeches about murder in a flowing purple cape, as weak. We don’t know about any of you guys, but that sounds like the exact opposite of weak performance to us. 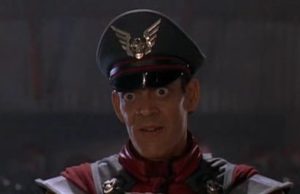