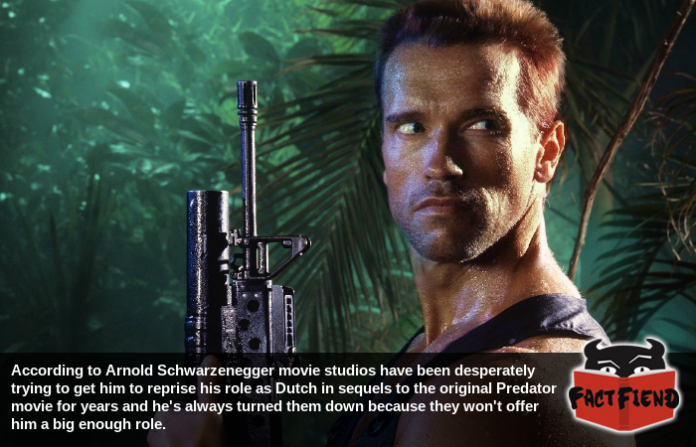 The Predator series is one that has slowly decreased in quality over the years, a fact that we feel has a lot to do with the fact that none of the sequels feature Arnold fucking Schwarzenegger. Which is strange considering studios have been desperately trying to get him to appear in sequels to the original film for decades.

If for some reason your reading this site and haven’t seen Predator, it’s a film about a space-faring alien big game hunter who comes to Earth to challenge Arnold Schwarzenegger to a fist fight. Sure some other stuff happens too, but the main thing you need to know is that Schwarzenegger’s character, Dutch Schaefer, kicks the ever-loving shit out of the predator.

Now while the original film ends somewhat definitively, with Dutch surviving and escaping in a helicopter, fans have speculated for years about what the character did afterwards because it’s not like you can just step back into civilian life after punching a 300 pound space-monster to death. Hell, the closest we got until 2020 were a few references in books set in the same universe revealing that Dutch wrecked the original predator’s shit so hard he has become a legend on their home planet. Which yeah, makes sense because we’re guessing a giant mud-covered man exploding out of the undergrowth to kill one of your best warriors is something that would stand out on a report. 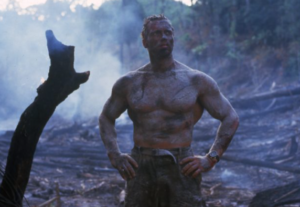 Getting back to the movies, sequels to Predator have been trying to answer the question of what Dutch was up to for years, but have never been able to convince Schwarzenegger to reprise the role. Largely because they refuse to actually let him, well, reprise the role. 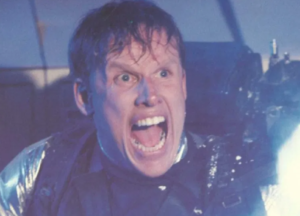 As for the film Predators, Schwarzenegger was also set to reprise his role for that film and was reportedly going to appear as a more grizzled Dutch clad in predator armour. Again, Schwarzenegger was excited to appear in the film and reprise his role but the studio refused to work around his schedule. Which again sort of makes sense until you consider the reason his was so busy is because he was the fucking governor of California at the time.

Finally there’s the film The Predator which was going to have a Dutch cameo in the last scene, something Schwarzenegger wasn’t happy with. Explaining in a later interview that he thought the script was shit and that the role they offered wasn’t big enough. For some reason rather than rewriting the script to be less shit or beefing up Dutch’s role, the studio replaced his cameo with fucking nothing. Seriously, if you haven’t see the film it ends with the surviving members of the cast opening up a mysterious pod which is said to contain “a predator killer“. 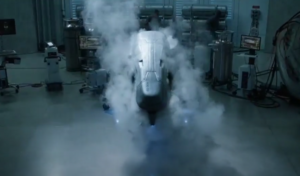 In the original script this pod was supposed to contain Arnold Schwarzenegger, but since he turned the role down, they replaced him with an alien wristwatch. Which is somehow less flaccid than the other idea they had which was to have the pod open to reveal Ellen Ripley from the Alien series in predator power armour. If you’re wondering why we’re describing that as lame, it’s because the studio couldn’t get Sigourney Weaver to reprise her role either and planned to have a character she made famous, played by a random stunt woman.

It’s not all bad though because Schwarzenegger did eventually reprise the role of Dutch, not in a film, but in a video game called Predator: Hunting Grounds. When asked why he chose to reprise the role in a video game of all things, Schwarzenegger explained simply that he likes the character and just wanted to see him given the proper respect. Which probably says more about how poorly the film roles he was offered handled the role more than anything else.