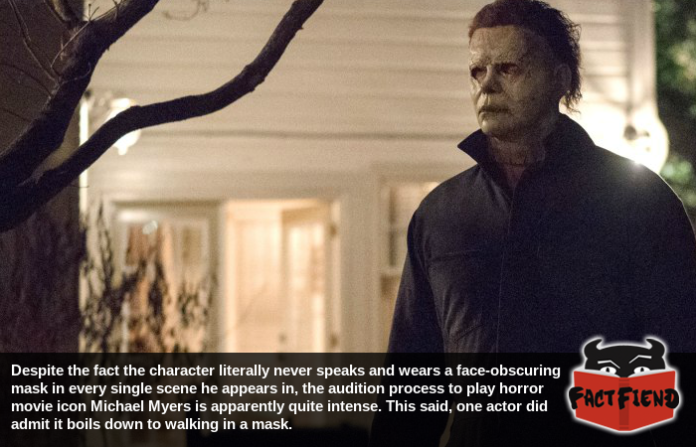 You’d think given that he literally never says a word and spends the majority of his screen-time wearing a Colgate-white mask with no way to emote through it, you’d think portraying Michael Myers would be a piece of piss. Well not according to the guys who’ve played him. Or at least, most of them.

For anyone who needs a recap on who the hell Michael Myers is, while the canon of the movies he hails from is admittedly, muddled thanks in part to the numerous reboots, sequels, soft reboots and that shitty Rob Zombie remake …

What Myers actually is, isn’t really clear, which according to the guy who created Myers, John Carpenter, is kind of the fucking point. You see Carpenter’s vision for Myers as a character is that the audience is never really supposed to know what he is and what he’s capable of. The idea being that by never explicitly telling the audience what Myers’ abilities are, he’s becomes all the more terrifying. At the same time Carpenter has always been careful to never explicitly show that Myers had supernatural powers nor explain too much about his backstory. Something that saw him shit just all over that shitty Rob Zombie movie we just mentioned in 2018.

In regards to portray Myers, the first guy to play him in a movie, Nick Castle only got the role because Carpenter thought he had an interesting way of moving and the director literally had to walk him through each scene he appeared in. According to Castle he put no thought whatsoever into the role, simply doing whatever Carpenter told him to. 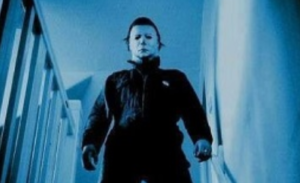 The same can’t be said of other actors to don the iconic white mask who seem to think chasing after white girls with a knife in a blue boilersuit is akin to high art or something. For example, the actor who portrayed Myers in Halloween 5, Don Shanks told the New York Times he was instructed to walk like “wood through water” whatever the fuck that means. Unsure of what that meant Shanks silently walked across the audition room like his back hurt and somehow got the part. As a reminder this is what Myers looked like in that movie. 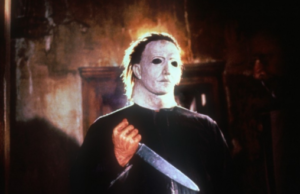 Other actors to pay the character have done everything from study serial killers to tigers, watching the way they move to inform how Myers, a similarly large predator and stalker of man, would move. How much of this makes it into the movie is debatable but it’s kind of hilarious that guys wearing a cheap rubber mask someone hastily spray-painted white spent hours watching tigers chase deer or some shit to get into character.

For the 2018 movie the actor playing Myers studied the movements of Castle in the original movie who himself reprised his role as Myers for a brief cameo. The thing is, as we just mentioned, Castle didn’t do anything special when he put the mask on, he just walked around trying to stab Jamie Lee Curtis with a big knife as John Carpenter barked instructions at him. 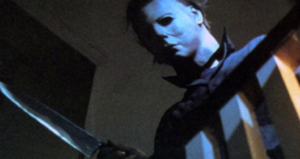 Despite this the stunt actor they brought in to do all of the more physical scenes featuring Myers felt the need to study this footage, which endlessly amused Castle who has repeatedly insisted over the years that all the role entailed was “wearing a mask and walking“.