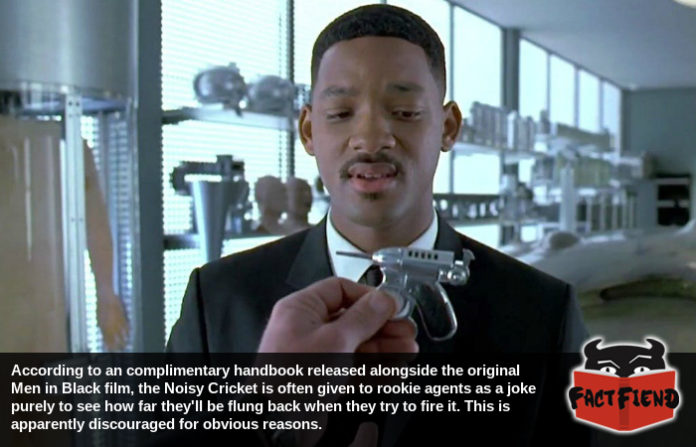 The Noisy Cricket from the Men in Black franchise is easily one of the most ridiculous fictional firearms ever devised. It’s a tiny, pocket-sized alien cannon that produces so much recoil it could tear the arms off of a concrete gorilla. It’s a weapon so ineffective you’d have more chance killing a badguy with it if you hid it in their oatmeal and hoped they choked on it. As it turns out the Men in Black know this and only give the weapon to rookie agents as a joke.

A running gag throughout the Men in Black series is that the Noisy Cricket, contrary to its unassuming, cutesy appearance is a weapon of such awe-inspiring power that it can punch exactly one Will Smith like 40 feet through the air with its recoil.

As amusing as the image of Will Smith flying ass-first through the windshield of a car is, just for a second think about how shitty this gun actually is. It’s a weapon that is equally as likely to kill the person using it as it is atomise a fleeing suspect. Seriously, imagine if Will Smith character had first tried to fire this thing with one hand or something, the movie would have ended right there and his right arm would have ended slapping someone stood 3 blocks over while he bled out on the sidewalk in a ruined suit. What is the actual fucking point of this gun?

Well, according to the MIB Agent’s Handbook which was released alongside the first live-action movie, the weapon’s unwieldy nature is well-known and it’s a common hazing tactic amongst senior MIB agents to give it to rookie agents without telling them it’s capable of ripping a dick-sized hole in a tank’s hull. The senior agents will then bet on how far the rookie will be flung back when they discharge the weapon for the first time. 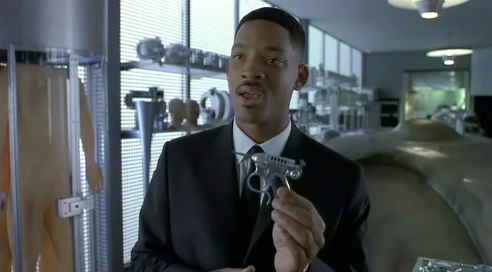 Although the book does note that this is largely discouraged it highlights a rather uncomfortable notion. The MIB doesn’t train any of its Agents. Think about it, in the first film Will Smith’s entire MIB training consists of a quiz and five minutes on a shooting range where he panics at the last second and shoots off a random round that hits a child in between the eyes. Which considering his character is supposed to be a police officer is pretty accurate, but not exactly something that sells him as someone who’d flourish under the kind of pressure a guy who has to battle extraterrestrial threats on a daily basis faces. 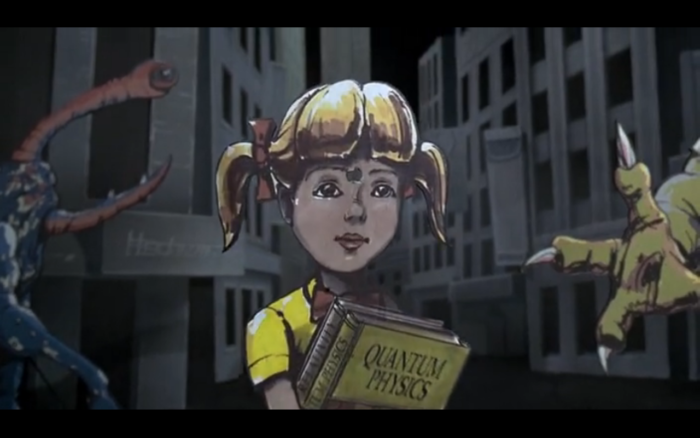 What makes this worse is that after all this training is completed Smith is openly told that all of his skills and abilities mean “precisely dick” before he’s flung into the deep end and allowed to fuck around with random alien technology including guns like the Noisy Cricket.

Smith’s character doesn’t have a single moment of on-screen training from anyone at MIB during the entire film and is seemingly expected to learn on the job. Which makes it kind of ridiculous that Smith is chastised for drawing too much attention to himself after firing the Noisy Cricket in public while chasing after an alien cockroach. Remember, the whole reason Smith’s character is even made an MIB agent in the first place is because he chased down an alien on foot while firing his gun. 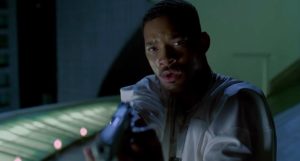 Knowing all this it’s actually kind of impressive that the MIB even has any recruits considering half of them probably shoot their dick off on their first day after trying see if it’s bigger than the Noisy Cricket.