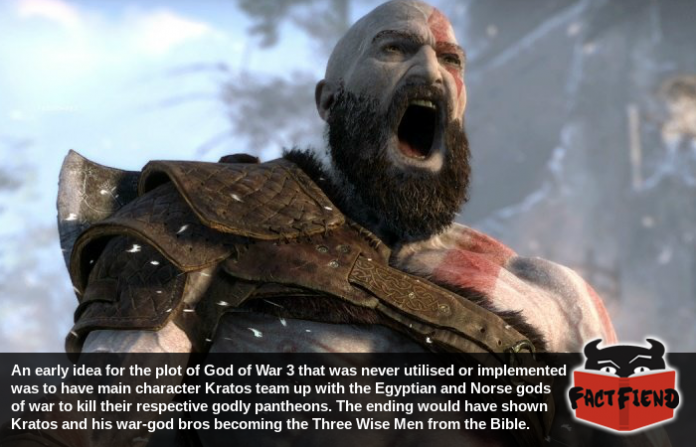 The God of War series mostly centres around the adventures of Kratos, an ash-skinned man-mountain capable of ripping a Minotaur’s dick off with his bare hands. Near perpetually angry and armed with whip-blades that turn him into a tornado of death on the battlefield, Kratos was inexplicably almost inserted into the canon of the Bible in one of his games.

If you’ve never played a God of War game, a cliff notes version of the plot is that Kratos, a Spartan warrior and dick smashing badass, pledges his allegiance to Ares (the Greek god of war) in return for the power to rip the spines of his enemies clean from the bodies like the Predator. Ares agrees, bestowing upon Kratos the ability to punch mountains in half in so long as the Spartan promises to continue to cause chaos across the known world in his name.

Ares, being a dick, eventually betrays Kratos and tricks him into killing his own family, prompting an enraged Kratos to swear vengeance against the Gods. We’re missing a few story beats from that description, but if you genuinely have no knowledge of the series at all, all you really need to know is that Kratos spends like 5 games decimating the entire Greek pantheon. Not content with just killing the gods, Kratos also kills various monsters from Greek myth including but not limited to, the Hydra, Medusa, Cerberus and a giant spider who he immediately shit talks upon meeting. 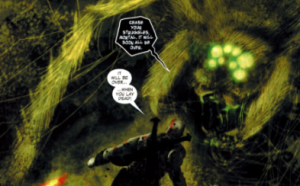 According to David Jaffe, who directed early games in the series, it was his original intention for Kratos’ bloodlust to extend beyond the Greek pantheon and for him to ultimately be confronted by both the Norse and Egyptian gods of war in the third game. Jaffe’s idea was for Kratos (who at some point in the series becomes the titular god of war after pushing Ares’ shit in) to team up with these gods to destroy their respective pantheons and free mortals from the obligation of worshipping gods who didn’t care about them.

If that isn’t heavy-handed enough for you, it was Jaffe’s plan for the ending of the game to show Kratos and his two new friends wearing cloaks heading toward a distant star in the sky. The insinuation being that Kratos’ rampage ushered in the dawn of monotheistic religion and that he, along with his friends was one of the three wise men mentioned in the Bible. Whether Kratos’ gift to baby Jesus would have been a pair giant lion-shaped gauntlets isn’t clear, so we can only assume that it absolutely would have been. 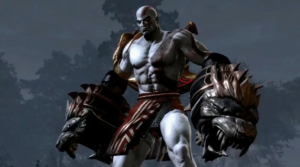 Obviously, this idea was never implemented and God of War 3 ended up being a more by the numbers sequel that ends with Kratos punching Zeus in the face so many times he explodes. However, the idea of introducing Norse mythology into God of War canon was later used for God of War (2018), though the idea of adding a twist that revealed that Kratos was actually a character from the bible all along wasn’t.