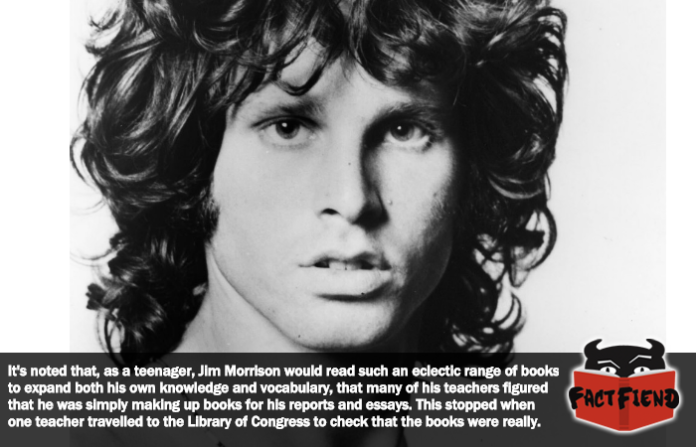 Jim Morrison was a big-dick musician known primarily being the front man of the Doors and his poetic near impenetrable lyrics. As it turns out, Morrison’s skills as a writer were such than even as a teenager, nobody really knew what the fuck he was talking about.

For anyone unfamiliar with Morrison’s work or life, the only thing you really need to know about him is that he was revered in the spheres of rock and lyricism for his prolific creative output. In particular Morrison was often lauded for the quality of his lyrics, which many critics likened to poetry set to music. Which makes sense considering Morrison was also an incredibly skilled poet with there being a small but not insignificant number of people out there who argue that he was a better poet than a songwriter. 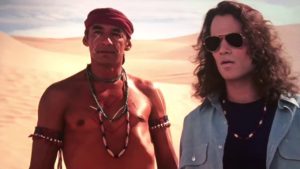 As an idea of Morrison’s talent as a poet, he endlessly wrote poems in notebooks from a young age and was cable of improvising entire poems on the fly, live, on stage, to the beat of an impromptu riff belted out by his band. Regarded as nothing short of a lyrical genius by his peers and an actual genius by academics (he reportedly possessed an IQ of 149 as a teenager), Morrison possessed a daunting mastery of language few could hope to match.

Something that may have a lot to do with Morrison’s Hermione Granger-esque love of books and learning. If you’re currently thinking that nobody could love books that much, consider for a moment that as a teenager, Morrison would seek out books not on the school curriculum to write about for reports and essays as well as read for his own pleasure. The thing is, the sheer range of crap Morrison read stumped even the stuffiest teachers tasked with educating him. 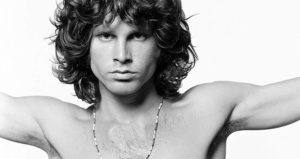 Specifically they got annoyed with the fact the books Morrison cited in his work seemed so specific that they had to be made up. For example, after turning in back to back essays on 17th century demonology and studies of Arab sexuality for an English class, one teacher decided to track down his sources to see if he was full of shit or not.

According to Morrison’s English teacher this task took them all the way to the Library of Congress where they were able to track down a single copy of each book Morrison had cited. After reading the books for themselves to ensure Morrison hadn’t just skimmed them or something they came to the conclusion that he similarly must have travelled to the Library of Congress to read them too. The thing is, nobody asked Morrison to do this and in fact, several teachers asked him to stop because it was really hard to grade his papers when they didn’t know what the fuck he was talking about. Meaning he tracked down, read and then wrote essays about shit like 17th century Demonology, for fun, we guess? Which seems kind of out of character for a guy most people know for slamming an almost ungodly amount of ass as a musician.

That time the first Pong machine broke, because it made too much money