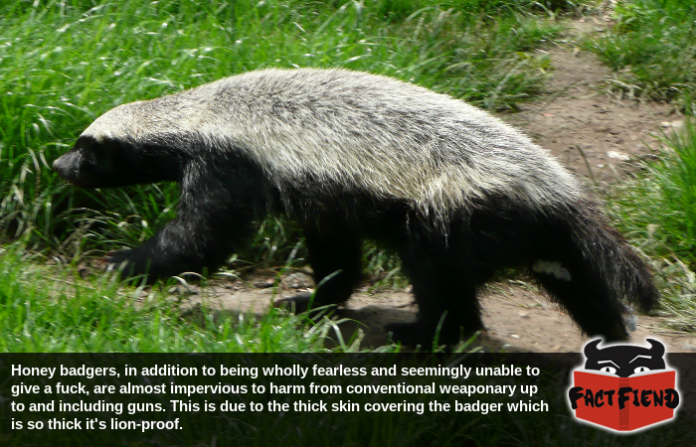 Widely considered the most fearless animal on Earth, the honey badger is a creature who’s small size and adorable name belies a ferocious, uncontrollable temper. Armed with claws that can puncture a car door and teeth that can crack a concrete walnut, perhaps the honey badger’s greatest asset is its skin.

You see, the skin of a honey badger is so thick that there’s almost nothing in its native habitat capable of causing it lasting harm. For example, there’s species of snake endemic to Africa called the puff adder that possesses a bite so potent it can literally melt your fucking skin off.

This bite is wholly ineffective against the honey badger and as a result, honey badgers regularly hunt puff adders and bite their heads off. The same can be said of the bites and stings of the various other venomous animals that call Africa their home, all of which are also unable to hurt the honey badger in any meaningful way. Just to be clear, the honey badger isn’t immune to the venom or stings of these creatures, it’s just that its hide is too thick to be penetrated by something like a snake’s fang or bee’s butt-knife. In fact, the honey badger’s skin is so resistant to bee attack that in the wild they regularly shove their entire head into beehives to eat the larvae within, all while being stung thousands of times by the hive’s inhabitants.

The same is true of larger animals like leopards, lions and hyenas, all of which have been observed trying to fight honey badgers in the wild and getting their shit rocked when they realise they can’t bite through the badger’s iron-like hide. As if that wasn’t bad enough, when a honey badger is bitten by a larger creature like a lion, the badger can turn around inside it’s own skin and attack the lion’s now exposed eyes and throat.

Honey badger’s have occasionally been witnessed doing this intentionally, willingly letting lions and the like bite their own head just to give themselves a free shot their attacker’s weak point. 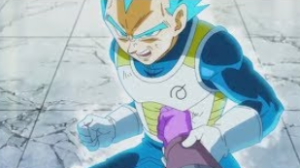 For this and several other reason, most large animals in Africa actively avoid the honey badger if they can and in some cases have been known to let the animal take their kill to avoid having to fight it. Because apparently even lions are aware of the the old adage – “you don’t fuck with crazy”.

Even humans pose little threat to the honey badger and it’s noted that farmers in Africa who have to deal with it attacking their livestock advise not shooting at it unless you’re armed with a shotgun and can guarantee a headshot because anything short of this will just annoy it. Or to put it another, if you ever see a honey badger, just leave it be and let it do it’s own thing because chances are, you’d never be able to kill it anyway.