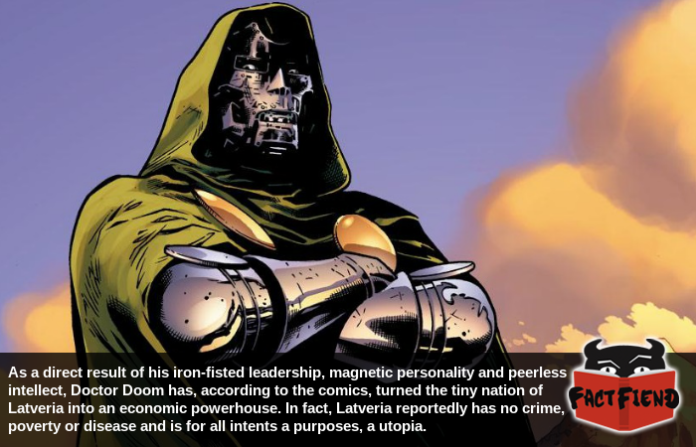 According to Marvel canon Doctor Doom is an egomaniacal, steel-plated master of magic and science with a PhD in being a smug piece of shit. Not content with just being a villainous super-genius with a dick that’s half a mile long, Doom also runs his own country. A country that is a virtual utopia as a direct result of his influence.

You see for anyone unfamiliar with the comics, for much of his fictional history Doctor Doom has been the sole ruler of the tiny (made up) Eastern European nation of Latveria. A fact he himself is often keen to brag about to anyone who’ll listen, usually while punching his way into buildings and slapping peons aside. 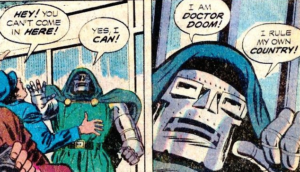 Born a peasant, Doom violently overthrew the former leader of Latveria after encouraging some monks to help him build a towering suit of magically-infused battle armour that allowed him to do everything from fly to punch through titanium covered dinosaur bones. A suit of armour Doom has endlessly tinkered with to the point it can survive everything from the Hulk’s backhands to bolts of pure god-energy fired by celestials. 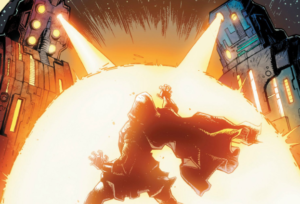 Now using this armour combined with his unparalleled scientific genius and diplomatic skill, Doom was somehow able to turn Latveria into an economic powerhouse through sheer force of will. How? Well it’s noted that Doom frequently sells the patents to his outdated technology to other countries, funnelling the money directly back to his people and using it to fund things like healthcare and universal education. Speaking of which Doom is, contrary to his cold outward facade, is incredibly mindful of his peoples needs and wants, using his intellect to assist them in a number of ways.

For example, Doom maintains a large army of Doombots that patrol his country’s borders and maintain law and order to such an extent there is reportedly no crime whatsoever in Latveria. Doom has also outfitted Latveria’s standing army with weapons capable of punching through a mountain and he seemingly has no problem with wading into battle himself in defence of his people. In addition Doom has personally eradicated disease and famine in Latveria purely through his own genius to ensure his people never want for anything. Hell, in one comic Doom used a fucking time machine after Latveria is destroyed to bring everyone back to life.

Obviously your first thought might be to think that the peace in Latveria is an imperial one and that the safety of the Latverian populace is granted at the expense of their freedom. However, numerous comics have established that Doom’s subjects seem to genuinely love him. For example in one story Doom invites Dr Strange to visit Latveria and stuns him by driving through a small village filled with people showering him with praise and adoration. 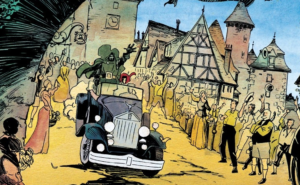 Strange himself notes that the response seems genuine, which makes sense considering that as a direct result of Doom’s leadership their country is a virtual utopia ruled by a man who crush any potential outside threat with his mighty, iron-clad fists.