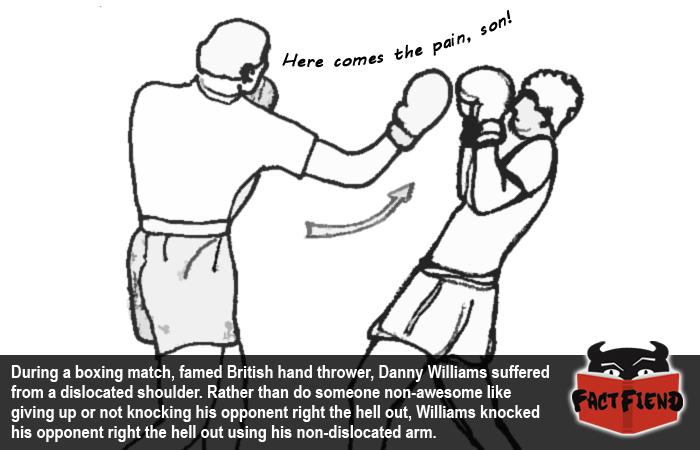 Danny Williams is the kind of man who walked up stairs by punching them and shaved by screaming at a razor, being a super heavy weight boxer with years of experience Williams is quite honestly a terrifyingly, dangerous man. So we’re of course going to tell you about the time he nearly beat someone half to death with his bad hand because if we’re scared of him, you should be too.

Standing at 6ft 5 with nearly 80 inches of reach, you’d have realistically been better off stepping on a landmine than the area directly in front of Williams in his prime. In one of his most memorable fights with the relatively unknown Mark Potter a man so unknown he doesn’t even have a Wikipedia page, Williams’ arm was ripped out of its socket. Twice.

Despite suffering from an injury that would put the stoutest of men into a crippled heap of tears that smelled suspiciously like a new delivery of Cosmo magazines, TWICE! When asked if he wanted to go to the freaking hospital or keeping being punched in the face, Williams opted for the latter. When a man with a dislocated arm thinks he still stands a chance in a sport where punching is step one, you know he either has brass balls or a head injury.

Unbelievably fighting through the pain of his arm grinding around in its socket, Williams not only survived the round, but ended in the coolest way possible, by knock-out, with his left hand. We wanted to find a picture of Williams, but when we tried to upload a picture of a 6 and half foot tall black man knocking out someone with a dislocated shoulder our servers caught fire. 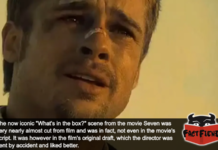