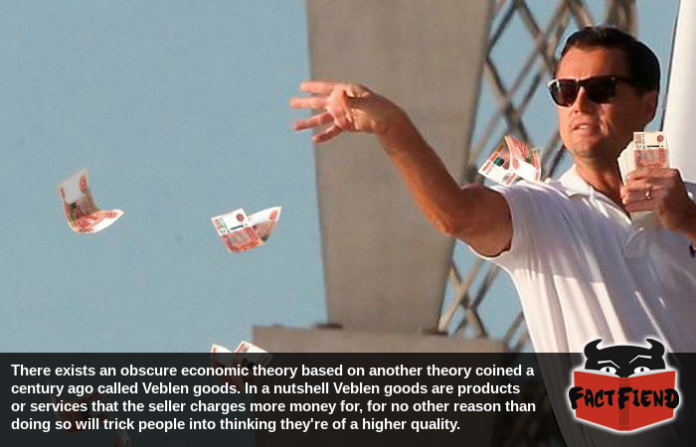 Within the sphere of economics there’s an intriguing concept known Veblen goods which, in a nutshell, are products or services that inexplicably sell better when more money is charged for them. An idea that spits in the face of usually cast iron rules of supply and demand and is utilised extensively by a bunch of luxury and not-so luxury brands to part us from our hard earned monies.

The word “Veblen” in the term Veblen goods is a nod toward famed American economist, Thorstein Veblen who is arguably most famous for coining the the theory of Conspicuous Consumption. Which posits that sometimes rich dickheads spend vast sums of money on things not because they need them, but just to flaunt their wealth to others. 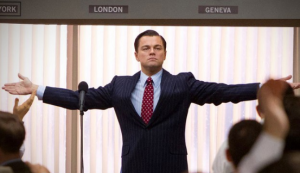 This might seem like a bit of no brainer today given that we all know at least one asshole who likes to show off how rich he is on social media, but remember that Thorstein came up with this idea well over a century ago before things like Instagram and Snapchat existed. The idea of Veblen goods then is considered by many economists to be a natural extension of Thorstein’s original theory and it’s proposed that in specific cases it’s possible to make a product more desirable to people by raising its prise rather that lowering it. Or to put it another way Veblen goods are products or services that have their cost artificially inflated because consumers have been trained to associate cost with quality.

With that out of the way you’re probably wondering if we can provide any examples of Veblen products, which is where things starts to get a little hazy. You see, the technical definition of a Veblen good is essentially a product that is expensive for no other reason than, fuck you. Understandably many brands aren’t keen to have this label applied to them and as such, often attempt to mask why their products cost so much with technical jargon and pretentious shit-ass slogans. 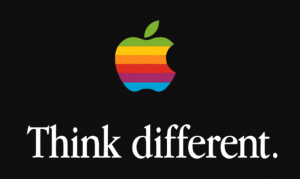 Popular examples of Veblen goods we do know of though include most every high-end “luxury” brand on the market today. Hell even Thorstein himself noticed this during his research, noting that the cost of luxury goods often spiked during periods of financial stability without any discernible increase in the quality of said items. But none of those are interesting because everyone knows that brands like Rolex and Prada charge a bunch of cash for their products because they know rich dickheads everywhere will buy their products to flash them in nightclubs and shit. No, the idea of Veblen goods gets most interesting when you start to look at mid-range products and services.

For example, consider Chivas Regal, a scotch whiskey known primarily for costing 3 times more than most scotch connoisseurs would ever be willing to pay for it. According to an incredibly persistent industry rumor (that the company strongly denies for obvious reasons), sometime in the 1950’s executives in the company inexplicably made the decision to double the price of a bottle while making no changes whatsoever to the recipe. Sales, rather than tanking as you’d expect, doubled almost overnight as consumers began to associate its new, higher price with a jump in quality despite the fact it was the exact same product.

A similar situation occurred in the mid-90’s when designer jeans were all the rage and some companies, rather than trying to compete by lowering their prices, doubled and in some cases tripled them. Customers again bought the jeans in massive quantities, assuming that there had to be something special about the more expensive jeans to justify their higher cost. There wasn’t, they were the same fucking jeans. Another famous example from the mid-90’s is Cristal champagne, which was already fairly expensive but after it was name dropped in a bunch of hip-hop songs, raised its price to fit with the idea it was a drink for only the biggest dick ballers.

In regards to services that used this method to achieve more sales, the best example (and one we’ve already covered before on this site) is that the bricklaying business Arnold Schwarzenegger set up after first arriving in the United States. To summarise, to make ends meet shortly after arriving in the States Arnie set up a bricklaying business with a bunch of his gym buddies, charging rock bottom prices in an attempt to steal business away from more established companies. After noticing that nobody would hire them Schwarzenegger doubled his prices and started telling customers that he was a “Speciality European Bricklayer”, using his accent to sell people on his authenticity. According to Schwarzenegger after this his phone rang off the hook for weeks. Proof if it was ever needed that lying is not only super easy and awesome, but can make you rich if you commit to said lie hard enough. 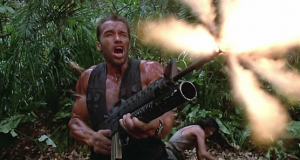