All bugs and insects, regardless of how terrifying and spindly their legs are, haven’t got shit on a swift stomp from a boot-covered foot. Like, it’s not even fair how poorly even the creepiest of crawlies fare against a size 10 shoe slammed down on their head at mach 3. A fact that probably explains why ironclad beetles seemingly evolved just to counter our single most effective way of dealing with its kind.

Part of a family of beetles known as Zopheridae, Ironclad beetles are largely considered a curiosity of the insect world because of how bastard hard they are to kill. Entomologists especially are known to hate these things because their exoskeletons are so tough that it is near impossible to drive a pin through. As a result, it is exceptionally difficult to mount the beetles for display without either severely damaging them or, and we’re absolutely not making this up, preemptively making a hole in their shell with a tiny bug-sized power drill. 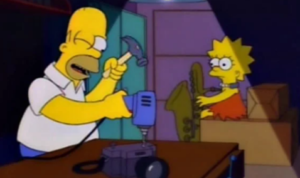 The hardness of their shells also makes ironclad beetles practically immune to more conventional forms of harm and there are confirmed reports of these beetles walking off being stomped on like it wasn’t even shit. As if being completely immune to the effects of a well-placed stomp to the head, ironclad beetles have also been observed surviving being run over by cars. As if the idea of a beetle powering it’s way through a car accident isn’t terrifying enough, we should probably point out that most ironclad beetles are only like half an inch long and they live mostly in Texas.

If you’re at all curious about why such tiny, unassuming beetles need to be able to casually survive being hit by a fucking car, you’re unfortunately going to have to stay curious because nobody really knows all that much about ironclad beetles beyond that they’re super tough. This is largely because, save for the fact they can headbutt a moving vehicle and survive, ironclad beetles aren’t all that interesting from a scientific standpoint and as a result, no one has bothered researching them. Which is kind of ridiculous given that these things can Broly their way through damage that would turn most other beetles into a weirdly coloured stain, but whatever.

Because of this the only thing we really know about ironclad beetles is that you could elbow drop one wearing a suit of armour and probably do nothing but annoy it. Which is why it’s probably a good thing that the beetle can neither sting nor bite and seems mostly content to eat dead wood and leaves. Because holy shit can you imagine how terrifying the world would be if there was a stomp-proof beetle out there that had a sting that melted your dick off or something? 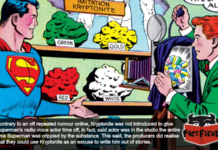