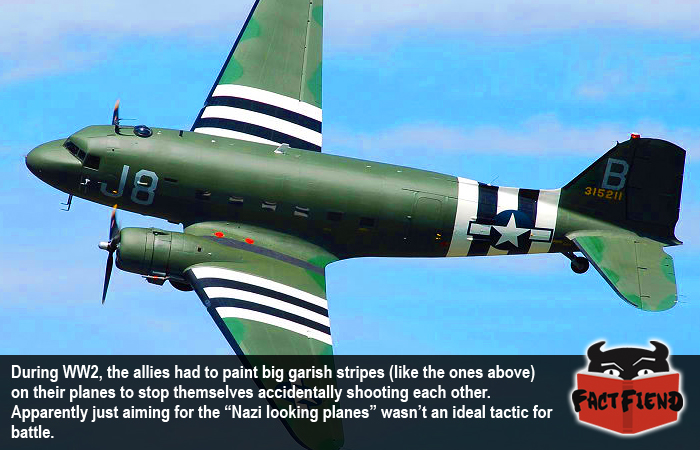 D-Day was a pretty metal day for the Allies, it marked the start of the Hitler ass whupping party and it contained more stories of heroism and badassitude than the extended cut of Lord of the Rings. The planes also looked pretty smart that day because they were all given a snazzy paint-job to stop everyone shooting each other.

Though today it may seem rather odd to not be able to tell the difference between an allied plane and one that hated freedom, just imagine being 2000 feet into the air when trying to make that call.

In order to make the planes as easy to tell apart from the ones they were going to shoot at as possible, the allies hastily painted black and white stripes on to the wings of every plane (with the exception of bombers) set to head into the sky. When we say hastily, we mean it, most ground crews only had a few days notice at most and a few hours at least to paint on these stripes, which for some reason had to be perfectly uniform in size and shape.  Why no one though of simply writing “NOT A NAZI” across the wings in giant letters isn’t clear and will be one of the first things we address when we get out time machine working, right after we punch Hitler in the dick.

So just remember kids, 80 years ago the allies all painted their planes pretty colors so they wouldn’t accidentally shoot each other. Boy has war sure changed huh? Oh no, wait, modern vehicles do that too, only with tape instead of paint.

How the creator of Sherlock Holmes used him to hustle 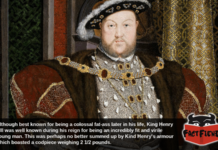 Henry VIII had a 2 1/2 pound codpiece 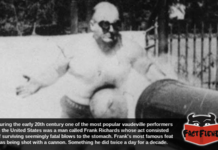 That time a man made money being shot in the stomach, with a cannon