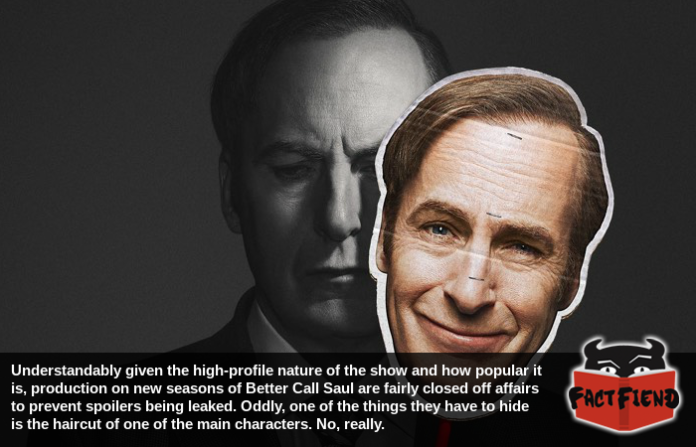 It’s fair to say that Better Call Saul is a fucking amazing TV show that has consistently raised the bar in terms of quality with each new season. This has resulted in the show spawning a rabid fan base so dedicated to reading into and analysing every tiny detail about it that an actress literally has to hide her hair so that the episodes she’s appearing in don’t get spoiled.

That actress is one Rhea Seahorn who for anyone unfamiliar with the show plays Kim Wexler, a high-powered lawyer-woman with a formidable intellect, bulldog-like tenacity and an almost unparalleled grasp of the law. She also has an immaculately maintained coif of blonde hair that is representative of her mood.

Now while that might sound like we’re reading too much into a minor, inconsequential detail of the show, it has been confirmed by both Seahorn and people behind the scenes that Wexler’s hairstyle can be seen as a sort of “emotional barometer“. Something that isn’t surprising when you consider that creator Vince Gilligan loves this kinda shit.

For example, in Breaking Bad colour was often used to allude to a character’s mood or emotional state with every character having a specific color associated with them. To use Walter White as an example, at the begining of the series he is usually seen wearing beige to represent his neutrality as well as the fact he’s a boring, middle-aged man. However, as he becomes more and more of an asshole, his wardrobe begins to darken to visibly reflect his descent into villainy. 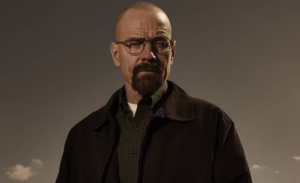 In regards to Better Call Saul, Wexler’s hair is similarly used, with how it’s styled being representative of how she, as a character, feels. The important thing to note here is that this can sometimes clash with how the character says they feel, giving an insight into her true feelings at any given time. For the curious, the more tightly styled Wexler’s hair is, the less at ease the character feels.

Although initially, like with the whole color thing in Breaking Bad, this began as an Easter egg of sorts, it’s become so integral to the show that Seahorn literally can’t talk about her hair in interviews when she’s filming a new season of the show. Her given reason being that revealing too much about it could literally spoil the show.

Producers on the show are so fearful of this that Seahorn has to wear a hat when she takes a break and she has to tell any fans she bumps into that they’re not allowed to take a photo with her because if that photo gets out, fans could figure out what’s going on in the episode she’s filming. Seriously.

The amount of effort the showrunners go to hide Seahorn’s hair is such that industry insiders liken it to the level of secrecy that would surround fucking Game of Thrones in its final few seasons. Something we’re sure was meant as a compliment before you know, Game of Thrones completely and utterly shit the bed.