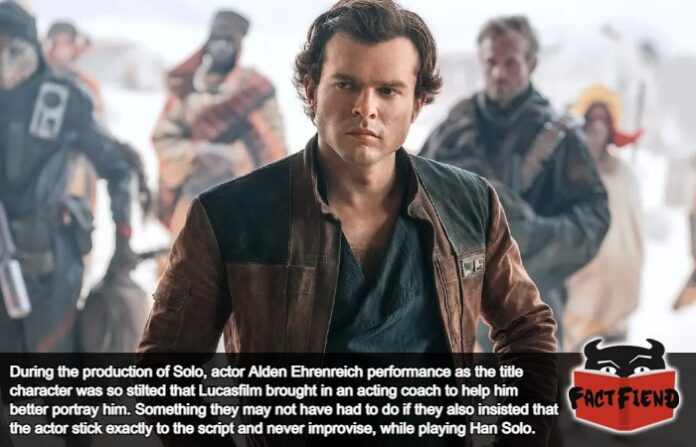 Solo is a space heist film set in the Star Wars universe that centers around the character of Han Solo. A middling critical success and massive commercial flop, the film was a pointless story that didn’t need to be told and as a result, the production of the film is actually far more interesting to talk about. For example, the fact that Lucasfilm supposedly had to hire an acting coach to teach the guy they hired to play Han Solo how to act more like Han Solo after stopping him from acting like Han Solo.

First though the story as you’re probably familiar with it after it was reported as such by those shitty websites that do nothing but shit on Marvel and Star Wars despite 90% of their income relying on their continued existence – During production of Solo lead actor Alden Ehrenreich’s performance as the titular character was so stilted and awkward that Lucasfilm brought in a professional acting coach out of sheer embarrassment on the actor’s behalf. 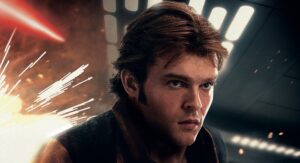 A story that was widely disseminated online and is, admittedly, somewhat believable given all of the other production woes that befell the film, its overall middling quality and the fact Ehrenreich’s career has nosedived since its release. However, it’s not exactly the full story and actually ignores a pretty critical and amusing fact, that Lucasfilm is the reason Ehrenreich’s performance was so shit in the first place.

You see, the film infamously underwent numerous reshoots and had its original directors unceremoniously booted from the project because the studio didn’t like the fact they were trying to make it more fun. Specifically, the original director’s, Lord and Miller, reportedly opted for an improvisational style of filmmaking that Lucasfilm fucking hated.

For example, it’s reported that whilst they were at the helm Lord and Miller frequently clashed with Lucasfilm and Disney higher ups for giving actors the ability to go off script if they felt it better fit the character they were playing. Something Disney immediately shut down, telling the actors to read the script exactly as it was written. Which for anyone familiar with the production of Prequel Trilogy should be setting off alarm bells because that’s half the reason the line delivery in those movies was more wooden than a piece of petrified rocking horse shit. 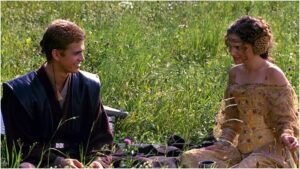 To explain, George Lucas famously told all of the actors in the Prequel Trilogy to never go off script and read everything in it exactly as it was written, which he was able to ensure happened because he basically financed those movies himself. The same is not true of the Original Trilogy, which was markedly more collaborative with actors being given some degree of creative freedom in how they approached their lines and delivery. The most notable example of this being the line “I know.” which wasn’t in the original script but was what Harrison Ford felt Han Solo would say in that moment. The crew, trusting the guy being paid to be Han Solo to know how Han Solo would act, agreed and let him say that instead and it went on to become a defining character moment.

Amazingly, despite this story being an established and fondly remembered piece of Star Wars production history, Lucasfilm refused the let Ehrenreich similarly go off script when he found some of the dialogue awkward. A piece of information that provides some pretty important context to the whole “hiring an acting coach” thing because it’s less that Ehrenreich was a bad actor, it’s that the film had fuck-awful dialogue he wasn’t allowed to deviate from and his frustration at it was bleeding into his performance. Which to us, sounds like the most Harrison Ford shit ever but Lucasfilm decided to clamp down on, insisting that the guy who didn’t want to read shitty dialogue and kept improvising his own lines wasn’t acting enough like the guy who once said to George Lucas –

George! You can type this shit, but you sure can’t say it!

We don’t know about you, but knowing all this, it sounds to use like Ehrenreich understood the character pretty well.