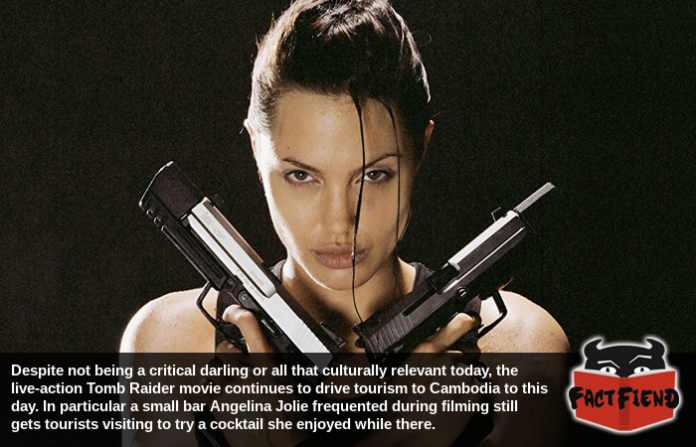 The live-action Angelina Jolie led Tomb Raider movies, while perfectly serviceable movies from a technical standpoint, have a pop-culture footprint shallower than a worm’s grave. It’s weird to think then that there’s a place on Earth where they not only still give a huge shit about the movies, but they’re popular enough to still draw in a ton of tourists. Cambodia.

To be clear we’re specifically talking about the first Jolie Tomb Raider movie, aptly titled, Lara Croft: Tomb Raider which was largely filmed on location in Cambodia. With a good deal of filming taking place in the Ta Prohm temple, an ancient and impossibly bitchin’ looking monastery Jolie spent a not insignificant percentage of the film’s run-time backflipping around in a skin-tight kung-fu suit. 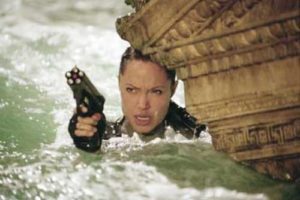 Now while today the area is largely considered to be one of the most stunningly beautiful areas on planet Earth, for many years it was a largely unknown and unexplored location, especially from the perspective of Hollywood. Why? Well, this is a comedy site so we’ll just say the Khmer Rouge and leave it there. Google that shit on your own time.

Because of this, Lara Croft: Tomb Raider was notably the first big Hollywood movie filmed in Cambodia in almost 50 fucking years. As an idea of how under-equipped the country was to deal with such a production, the producers literally had to truck in 30 shipping containers of stuff into the country from Thailand because there literally wasn’t enough filming equipment in the country.

As you might imagine then, locals in Cambodia were pretty happy to have a massive Hollywood production roll into town and spend a shit-ton of money. Perhaps the place that appreciated the business most though was a small bar called the Red Piano, where it’s noted half the crew, including Jolie, would get their drink on after filming wrapped each day. 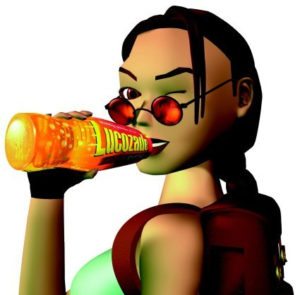 Described by the owner as a shitty bar on a “rat-infested dirt-track backstreet“, the Red Piano is now one of Cambodia’s hottest drinking spots thanks almost entirely to Lara Croft. You see, to celebrate the movie the owner of the bar, Geert Caboor, created a cocktail he dubbed, The Tomb Raider. A cocktail Jolie was keen to try and Caboor dutifully made for her, quickly snapping a photo of her enjoying the drink to hang on the bar’s wall. This photo has since made the bar a local landmark and the Tomb Raider cocktail is still, to this day, the most popular item on the menu.

In fact, the cocktail is so popular that the bar has a standing offer that every 10th one ordered is free and everyone 100th is free, scores you a free t-shirt and $100 cash. Which just goes to show that a movie doesn’t have to be amazing to have a lasting impact, it just has to star a super hot lady who has a taste for fancy drinks.