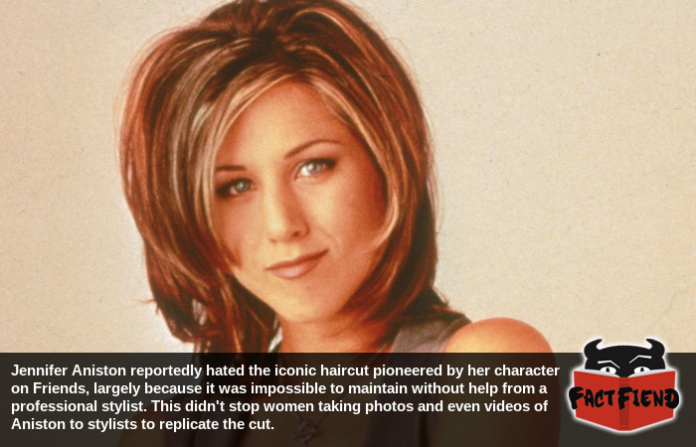 Pop culture owes a lot to the show Friends which, during the time it aired, was a ratings juggernaut that dominated the airwaves and crushed countless other shows stupid or brave enough to stand against it. Perhaps one of the more curious things the show did was convince an entire generation of women to get a shitty, impossible to maintain haircut.

That haircut was the now iconic “Rachel”, a do Jennifer Aniston wore for the show’s first couple of seasons after her longtime stylist, Chris McMillan, convinced her to try something new. 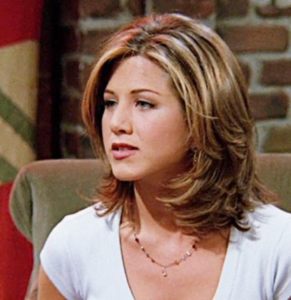 Now while McMillan expected there to be some response to Aniston’s new look, he never expected it to become one of the most enduring facets of 90’s pop culture. The same is true of Aniston who was astounded that people seemed to give such a massive shit about her hair.

For example, salons across America reportedly had women walking in with copies of magazines with Aniston on the cover and telling them to do their hair just like hers. However, some women went one step further than this, going as far to record episodes of the show and play them to their stylist to ensure they got it exactly right. If you’re currently thinking that these must have been isolated incidents, they really weren’t, with hairstylists across America reporting increased business on days directly following the airing of a new episode. 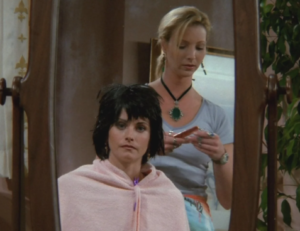 As if that wasn’t ridiculous enough, other shows tried to emulate the haircut, with Will & Grace actress Debra Messing once saying that producers on the show tried to style her hair like Aniston’s and fucked it up so badly they had to give her a perm. 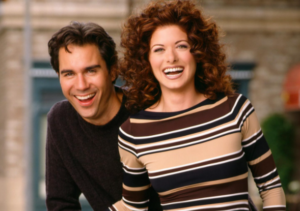 If you’re currently thinking, well that’s probably because they were just trying to emulate a style created by Aniston’s personal stylist it’s worth noting that the person they sent Messing to, to get the haircut was Aniston’s personal stylist. He just wasn’t able to recreate it with another person. A fact that’s hardly surprising when you consider that McMillan was stoned out of his mind when he came up with the idea for it.

As you might expect given that the stylist who invented the Rachel could barely replicate it, few people who got the cut were ever able to actually maintain it properly including Jennifer Aniston herself. You see, Aniston would later note that she absolutely loathed the cut, calling it cringey, high-maintenance and wholly unmanageable. A set of descriptors that could ironically be used to describe Ross. 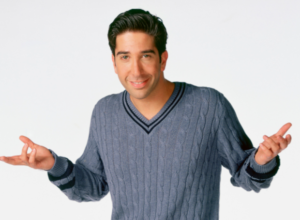 Anyway, the actress disliked the cut so much that she eventually grew it out and has gone on record as saying that she’d rather shave her head than get her hair cut like that again.