Nobody looks good on the picture attached to their driving license. We can guarantee that there is a police officer somewhere who has pulled over Brad Pitt and been paid a fortune to not reveal that he looked like he was chewing brick flavored chewing gum when he had his photo taken.

But what if you didn’t submit a photo? What if you submitted a hyper realistic painting of your own handsome mug with all your flaws subtly erased like so many entries on an OK Cupid dating profile. Well that’s what Swedish painter, Fredrik Saker did.

As an experiment of both his own skill and how stupid Swedish authorities are, Saker spent around 100 hours painting a hyper-realistic rendition of his own face, he then took a picture of it and sent it off for approval. Amazingly the painting was realistic enough be officially recognized as a true representation of what Fredrik looked like. And he now has the only license on Earth with a painting on it instead of a picture.

Of course this is very impressive, but we can’t help but feel a little let down by Fredrik not using this chance to take a few liberties with his image. It’s awesome for us to say there’s a guy out there with a painting on his driving license, but it’d be more awesome if we could say he was rocking a comically huge mustache, eye patch and sombrero combo as well.

We can’t have everything, we guess. 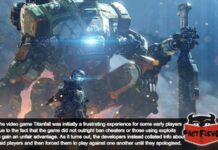