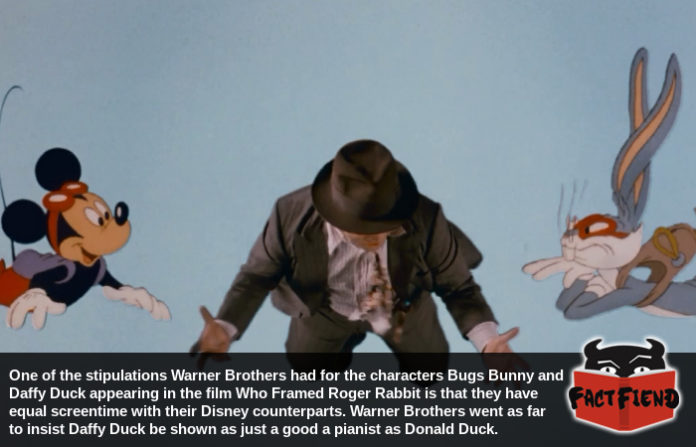 Who Framed Roger Rabbit is considered to be a technical masterpiece for its near-seamless blending of live-action and animation. As impressive as the film is though, the real achievement behind the scenes was Steven Spielberg somehow convincing an industry titan to stop a pointless dick measuring contest.

In a nutshell Spielberg is noted as being instrumental in convincing the various owners of specific animated properties to “lend” their characters to the film. Thanks almost entirely to the weight of Spielberg’s reputation and the respect he commanded in Hollywood, Disney (who financed the movie) were able to secure the rights to use a host of classic cartoon characters for a flat fee of $5000 a piece. Hell, they even managed to get most of their original voice actors to turn up to the studio to record dialogue for them. 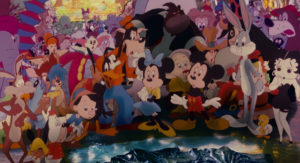 In addition to this Spielberg also convinced almost every property owner to waive their right to any creative input on the film, giving him near total creative freedom over how any characters he had the rights to were portrayed and used in a given scene. It’s noted that the sole holdouts to this were Warner Brothers who were worried that because Disney were financing the movie, they’d relegate Bugs Bunny to a background cameo or some shit. So, while Warner Brothers agreed to the same flat $5000 fee as everyone else, they had a couple of stipulations when it came to their two most famous characters. Bugs Bunny and Daffy Duck. 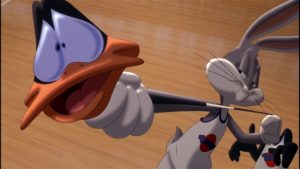 Specifically Warner Brothers absolutely insisted that Bugs Bunny be given the same amount of screen time as his Disney counterpart, Mickey Mouse. This is the reason that in the final film both characters literally fall from the sky and appear on screen at the exact same time and have roughly the same amount of dialogue. 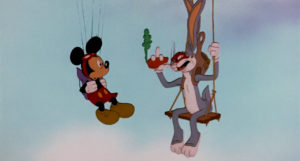 By far the strangest demand Warner Brothers made though was for the scene in which Daffy Duck and Donald Duck are having a sick piano duel. Along with insisting that again, both characters receive equal billing, Daffy had to be shown to be just a skilled a pianist as Donald. Which is actually kind of cute if you think about it, Daffy Duck might get shit on in every single cartoon he’s ever appeared in but god-damn did Warner Brothers want people to know he can play a mean piano. No wonder the duck loves them.