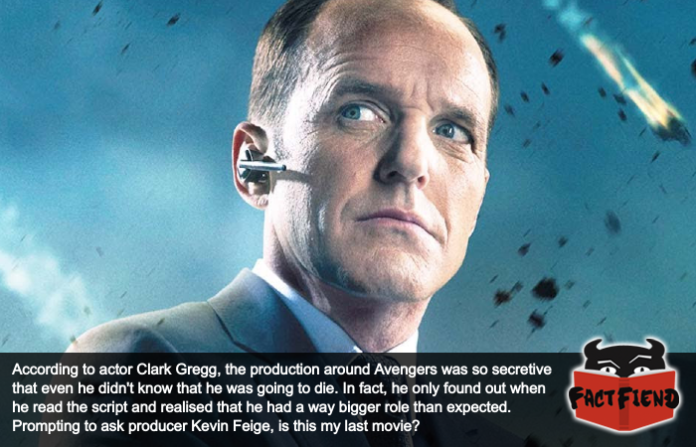 Agent Coulson’s death in Avengers is noted as being the singular, crystallising event that results in the formation of the titular team of Superheroes. As one of the film’s biggest twists, Marvel were of course keen to having it spoiled. So much so they even kept it a secret from the actor playing the character. Clark Gregg.

First things first though it’s probably worth mentioning how Gregg ended up playing one of the most important characters in a multi-billion dollar cinematic universe full of superheroes when his character didn’t even have a fucking name in the script of the first movie in which he appeared. Iron Man. Well, as we’ve discussed before, whilst the role or Agent Coulson was admittedly underwritten in Iron Man, Marvel always had a plan to bring him back in later movies. The idea being for the character to be a tentative connective thread that linked the various Marvel movies in the early days of the MCU. A plan Gregg kind of ruined by being just so damn charming. 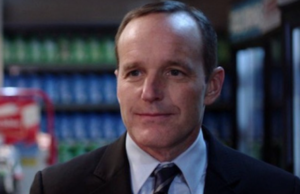 In fact, Gregg’s performance ended up being so magnetic that Marvel decided to give him more screen time by way of several short films further connecting the nascent cinematic universe they were trying to establish. Short films it turns out were basically made as an apology for killing him.

You see, according to Gregg, he initially assumed that his appearance in Avengers was going to be similar to all of his other appearances in the MCU thus far. Mainly brief and drier than a camel’s fart. 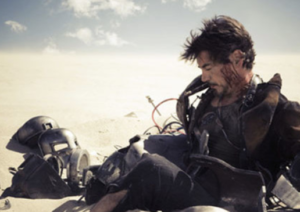 However, Gregg became concerned when producer Kevin Feige went out of his way to reassure him that he was going to have a huge part in the film and that he’d be the reason the Avengers well, assembled. As discussed in the documentary, Marvel Studios: Assembling a Universe, Gregg was confused by this sentiment until he realised that the only thing his character could do that would have that much impact was die. Something that understandably upset because he’s both a fan of the comics and the large paycheck he received for appearing in the movies based on them.

As noted though it wasn’t all bad for Gregg because he was reportedly informed in the same conversation that he’d be the star of the aforementioned short films due to his popularity with fans. Likewise, after the release of the film Gregg was told that he was going to be the star of Agents of S.H.I.E.L.D, again as a direct result of his popularity. Something that has resulted in his character having more collective MCU screen time than every member of the Avengers combined. Which anyway you look at it, isn’t bad for a guy who assumed his character was going to be written out of the first movie he appeared in.