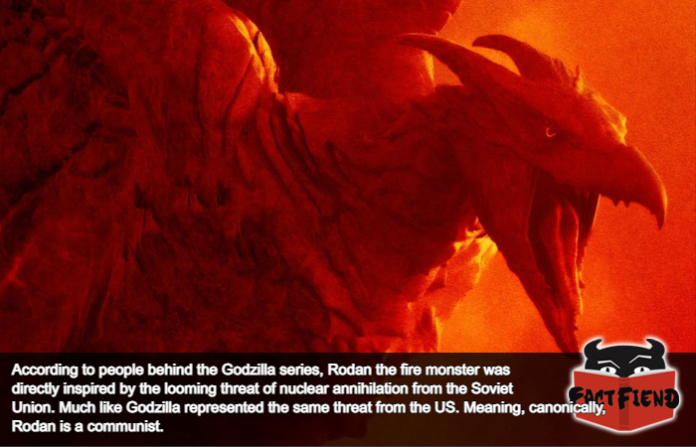 During the last half century or so, Godzilla has squared off against innumerable giant monsters who threatened both himself and in many cases, the entire world. Of this pantheon of kaiju-kickassery one of the most well known is Rodan the fire monster, a giant beast who is canonically communist.

Okay so we’re stretching the definition of canon here so allow us to explain. The Godzilla series isn’t exactly one known for its subtlety with even the modern, American Godzilla movies featuring imagery more on the nose than a Tyson right hook. 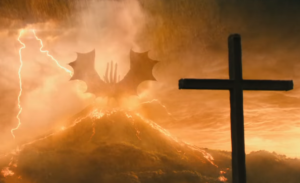 Now the entire series is very famously a pretty blunt allegory for the danger posed by nuclear weaponry with the Big G himself being described as the embodiment of nature’s vengeance for man’s hubris in creating weapons of such awesome power. Hell, a producer on the first movie is quoted as saying, in regards to Godzilla, that the creature is a walking nuclear weapon in that there’s literally nothing mankind can do to stop him besides try and run away.

Anyway, many other creatures in the Godzilla mythos are similarly inspired by the looming nuclear threat posed by other nations, such as the Soviet Union, which served as the direct inspiration for one of the Godzilla’s most enduring enemies. Rodan the Fire Demon. 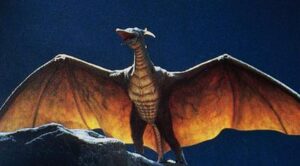 Specifically, Rodan was conceptualised as a physical embodiment of the nascent threat posed by the Soviets, which apparently looks like a giant Pteranodon with nebulously defined fire-based powers and the ability to kick one of Japan’s most famous cultural exports in the dick by proxy via the strategic use of a pylon.

Curiously, despite the creators behind the earliest Godzilla movies openly acknowledging that much of it was inspired by real world happenings such as WW2 and the Cold War, a notable exception to this is Godzilla’s other most famous enemy King Ghidorah. The multi-headed alien god from another dimension.

To explain, it has long been theorised that Ghidorah was similarly conceived as a metaphor for the nuclear threat posed by China. With evidence to support this being China’s close association with dragons in media and the fact everything else in the Godzilla canon is inspired by something similar and that Ghidorah is obviously a communist too.

Even today you’ll find sites discussing the themes and inspirations of Godzilla note that King Ghidorah is an obvious metaphor for China. Which isn’t true, at all. At least according to the director of many of the early Godzilla films, Ishirō Honda, who always denied that this was the case whenever it was brought up with him. In fact, Honda always insisted that, in a series rammed so full of ham-fisted metaphors you could turn it in for a first year English writing assignment, King Ghidorah doesn’t represent anything beyond being a threat for Godzilla to battle. Specifically, Honda noted that Ghidorah was intended to be a modern intpretation of a creature from Japanese myth called Yamata no Orochi that has 8 heads.

If you’re currently wondering, “well if Ghidorah is inspired by this Orochi, why doesn’t it also have 8 heads?” well the original plan was for King Ghidorah to have more heads but Honda decided against it because 8 heads would be, in his words, excessive. Which we agree with, 8 heads is an excessive amount of heads to have.